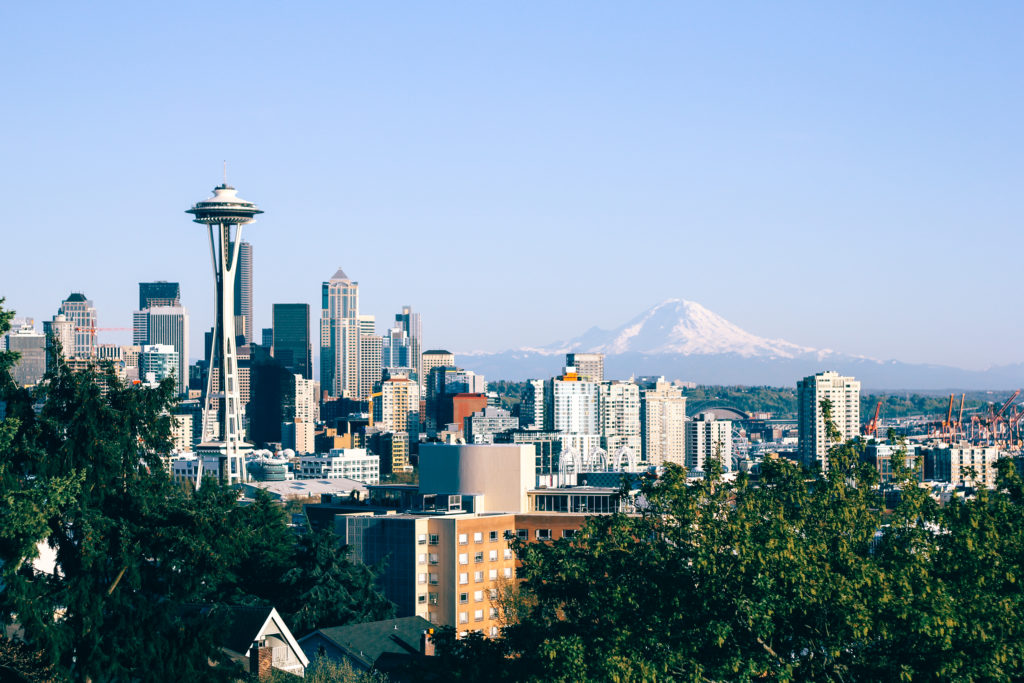 To expatiate on the subject of homelessness in Seattle, Tucker Carlson regularly invites on his Fox News show a Republican liberal who broadcasts out of Seattle. Aside from a pastiche of liberal ideas, ‘Sleepy in Seattle’ has nothing remotely perceptive or probative to say about homelessness in the Emerald City. Eventually, this young know-nothing will read this Column and parrot it back to Tucker. Then, perhaps, Carlson’s viewers will stop being gulled by Big Tech and the other multinationals who are exacerbating the problem of homelessness in Washington State.

For these stateless corporations are the major importers, into King County and the surrounds, of a high-tech, feudal elite that compounds the homeless quagmire. If anything, the corporations who straddle the globe rely on immigration ignoramuses to perpetuate the single-cause theory of homelessness: addiction or mental illness.

However, even if drug addiction and mental illness are seen as necessary in causing homelessness, they are seldom sufficient. Substance abuse and mental anguish can, in themselves, be the consequence of other exogenous, existential and intractable circumstances. Like being priced out of your homeland’s housing market. For good.

Big Tech must be quite pleased to see homelessness attributed exclusively, by the usual cast on TV, to addiction and mental illness—when, in fact, homelessness is driven, primarily, by the systematic and permanent eviction from the housing market of vulnerable, working-class people.

In truth, our country is consigning its economically weakest members to the homeless encampment, through the never-ending importation of a high-rolling, high-tech elite, which, in turn, artificially inflates the price of housing. In perpetuity.

According to the Seattle Times, “fewer than 50 percent of people without homes are addicts.” “There are more families with children than chronically homeless people” in the encampments. Underlying homelessness are factors such as “loss of a job,” “eviction,” medical bills and foreclosure, the last of which “destroys credit ratings, making former homeowners no longer eligible for loans or, in many cases, rentals.” Forever.

“We must no longer allow politicians, policy influencers and the media to get away with the laziness of conflating substance abuse and homelessness,” inveighs Lola E. Peters. Peters, a local writer, is correct. Alas, while implicating the tech-driven population explosion in our state’s housing crisis, Ms. Peters frames the unrelenting influx from China and India as an organic, natural, made-in-America population explosion.

It isn’t! Seventy-one percent of Washington State’s population growth is attributed to net migration! In guarded language, the Washington State Office of Financial Management divulges that, “Migration continues to be the primary driver behind Washington [State’s] population growth. From 2017 to 2018, net migration (people moving in versus people moving out) to Washington totaled 83,700, … … The state has grown by an average of 87,900 persons per year this decade, exceeding that of 83,000 in the previous decade”.

Fueled in large part by the technology industry, an average of 236 people is moving to the Seattle area each day,” seconds Geekwire.com, a Seattle-based website that covers tech news.

Only those unfamiliar with America’s work-visa labyrinth would claim that the unremitting population influx comes mainly from other states in the Union, rather than from other countries.

Certainly, the town where I live is unrecognizable. Costco is like a bazaar plucked from Beijing and Calcutta. What was a small and friendly hamlet is now flooded with newly imported H-1B labor, living on six-figure salaries, while young Washingtonians struggle to pay the mortgage, or are evicted when their rental units are demolished to make way for fields of pricey, garish condominiums, to house Satya Nadella’s preferred—and privileged—workforce.

For residents, this lamentable state-of-affairs means the inability to afford homes in a market in which property prices are being artificially inflated. Young couples line up to view tiny apartments. They dream of that picket fence no more, as colonies of imported workers, endowed with sizeable salaries, push prices of property beyond the means of local lads and lasses, who simply can’t afford homes in which to raise families. (And, no, H-1B Visa recipients are not cheap AT ALL, unless you call a six-figure compensation package “cheap.”)

“At its root, the crisis is a supply problem,” jabbered an “expert,” in the New York Times. Really? Whatever happened to the demand side of the supply-and-demand, housing-market equation?

By grant of government privilege, Big Tech is permitted to petition The State for permission to import The World at a price heavily subsidized by the disenfranchised American taxpayer. Through government immigration policies, a ceaseless demand for housing has been generated.

How can such an artificial market—designed to sate the global corporation’s insatiable lust for non American, high-tech talent —ever normalize, to accommodate local yokels?

Imagine being priced out of your homeland’s housing market. For good. That’ll drive a person to seek solace in mind-altering substances.

1 Response to Homeless in Seattle, Part 1