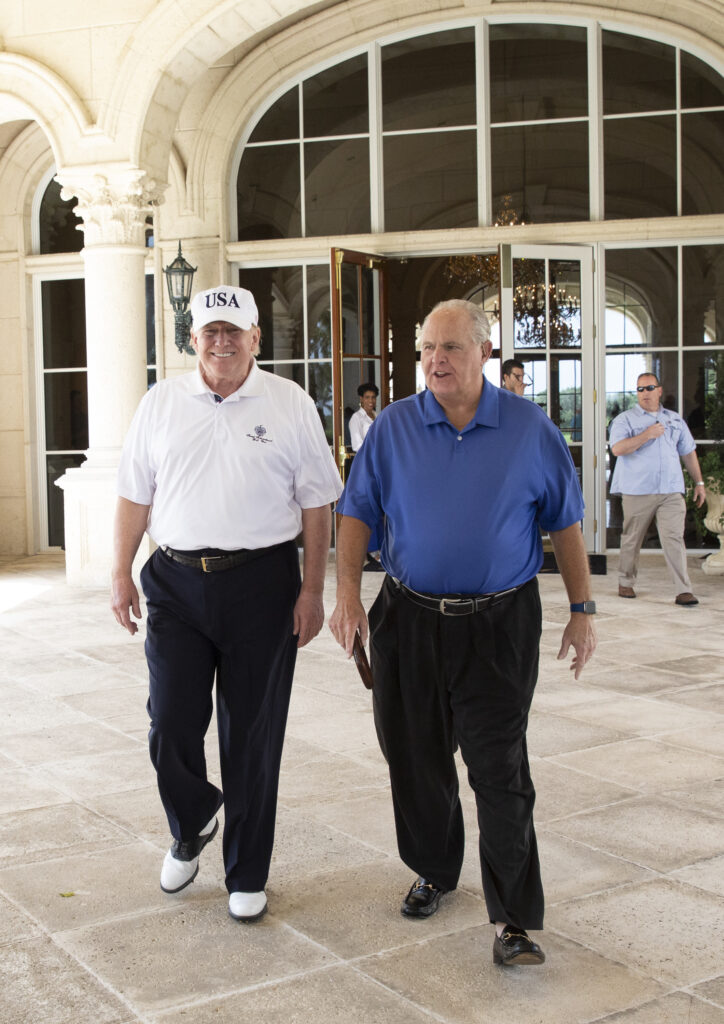 Ilana Mercer, on the late king of radio

Rush Limbaugh died on February the 17th. In the encomiums to conservatism’s radio king, mention was made of his 2009 address at the Conservative Political Action Conference in Washington, D.C. CPAC for short, or CPUKE before Trump.

“Addicted to that Rush,” the March 6, 2009 column’s title, came not from Rush’s brief addiction to painkillers following surgery, but from an eponymous hit by the band Mr. Big. (It, in turn, came from a time when the American music scene produced not pornographers like Cardi B, but musicians like Paul Gilbert and Billy Sheehan). Nevertheless, that title alluded to one of Rush’s missed opportunities: speaking against a war into which he was involuntarily drafted and by which he was almost destroyed: the War on Drugs.

Still, how petty does that war, in all its depredations, seem now! How unimaginably remote do the issues Rush spoke to, in 2009, seem in the light of a country that has come a cropper in the course of one year, due to an unprecedented consolidation of state power around COVID, compounded by an amped up, institutionalized campaign against white America. And, in particular, against white Trump voters.

Other than champion tax cuts and globalization, the Rovian cadre of the GOP had been doing what it has always done: calling for a more upbeat, inclusive and diverse party. Michael Steele, then chairman of the Republican National Committee, today an “analyst” for MSNBC, had derided Rush as a mere entertainer, describing “The Rush Limbaugh Show” as incendiary and ugly. Then as now, Steele’s main concerns were not those of main-street Americans. Rather, Steele’s cares were “conciliatory.” The Rovians, like the Never Trumpers of the Lincoln-Project, believed in the urgent need to broaden the Republican Party’s base and “appeal” to traditionally hostile minorities, when in fact the GOP had been courting traditional Democratic constituents with every trick possible, with little success, all the while sticking it to the base.

The Steele-Limbaugh spat fell into Barack Obama’s lap. The former president was losing it— throwing everything and the kitchen sink at the thing he called “the economy,” but which is really no more than the trillions upon trillions of voluntary, capitalistic acts individuals perform in order to make a living. Introduce government force and coercion into this synchronized spontaneous order, and it starts to splutter. The economy responds poorly to economic planning and planners. BHO thought that he could walk on water. America facilitated his fantasy. The former president was realizing that he was not the magic man he imagined that he was. Desperate times called for desperate distractions.

In short succession, Democratic henchmen—Paul Begala, Stanley Greenberg, James Carville, and Robert Gibbs — began picking on Limbaugh. Strong-armed too by the Obama administration, CNBC reporter Rick Santelli led a revolt from the floor of the Chicago Mercantile Exchange against the bailout billions for mortgage delinquents. Little wonder, then, that the contents of Limbaugh’s speech at CPAC garnered less attention than the characters involved.

Rush spoke stirringly. He railed against the enormous expansion of government in the first few, frightening weeks of the Obama presidency. But, as I noted at the time, not a word against the man who began what Barack was just completing. George Bush set the scene for Barack. Stimulus, bailouts, a house for every Hispanic—these were Bush’s babies. The Constitution and the Bill of Rights had been abandoned well before the fist-bumping Obamas moved into the White House.

“Contrary to popular myth,” wrote James Ostrowski, President of Free Buffalo, in 2002, “every Republican president since and including Herbert Hoover has increased the federal government’s size, scope, or power—and usually all three. Over the last one hundred years, of the five presidents who presided over the largest domestic spending increases, four were Republicans.”

“Include regulations and foreign policy, as well as budgets approved by a Republican Congress, and a picture begins to emerge of the Republican Party as a reliable engine of government growth.”

As rousing as his speech was, Limbaugh did not devote a word to the Warfare State, every bit as corrupt, corrupting, and bankrupting as the Welfare State. As we observed at the time, over $1 trillion was being spent yearly on imperial expeditions that were awash in American blood, but offered few benefits to the sacrificed, stateside and abroad. Besides, we asked, “what kind of a nation neglects its own borders while defending to the death borders not its own?”

Rush rightly denounced the State’s failed war on poverty. It failed not because fighting poverty is not a noble cause, but because, given the perverse incentives it invariably entrenches, government is incapable of winning such a war. The same economic and bureaucratic perversions also make the State’s stalemated War on Drugs equally unwinnable and ruinous.

Limbaugh accused Obama of wanting to transform America. This was obvious then, as it is today. But what of George W. Bush, who had wormed his way into the affections of conservative leaders like Limbaugh, Sean Hannity and Laura Ingraham (who used to call Bush a patriot). What was Bush’s insistence on unfettered, open borders if not an expression of his disdain for “America the way it had been since its founding,” to quote commentator Lawrence Auster (also since deceased). The former president refused to enforce immigration law. That was his way of converting America into something quite different. Just like Obama, Bush harbored a death wish for America of the Founders. Added Auster: “Until conservative opinion makers render unto Bush the censures he richly deserves, especially for the same things for which they now excoriate Obama, their criticisms of Obama will have the [odor] of rank partisanship.” It took Trump to dispatch Bush.

At the time, I expressed the hope that conflagrations such as the one between Steele and Limbaugh continue and deepen. “It’s good for the GOP ─ the party needs to be gashed good and proper if a coherent articulation of ordered liberty is to be forged from the current philosophical chaos.” Come to think of it, that this tract began with Rush Limbaugh, of blessed memory, and ended with Trump, is in itself significant. For it took the “Donald’s creative destruction” to finish off the Republican Party.

Ilana Mercer has been writing a weekly, paleolibertarian column since 1999. She’s the author of  Into the Cannibal’s Pot: Lessons for America From Post-Apartheid South Africa (2011) & The Trump Revolution: The Donald’s Creative Destruction Deconstructed” (June, 2016). She’s currently on Parler, Gab, YouTube & LinkedIn, but has been banned by Facebook and throttled by Twitter.

1 Response to Still Addicted to that Rush