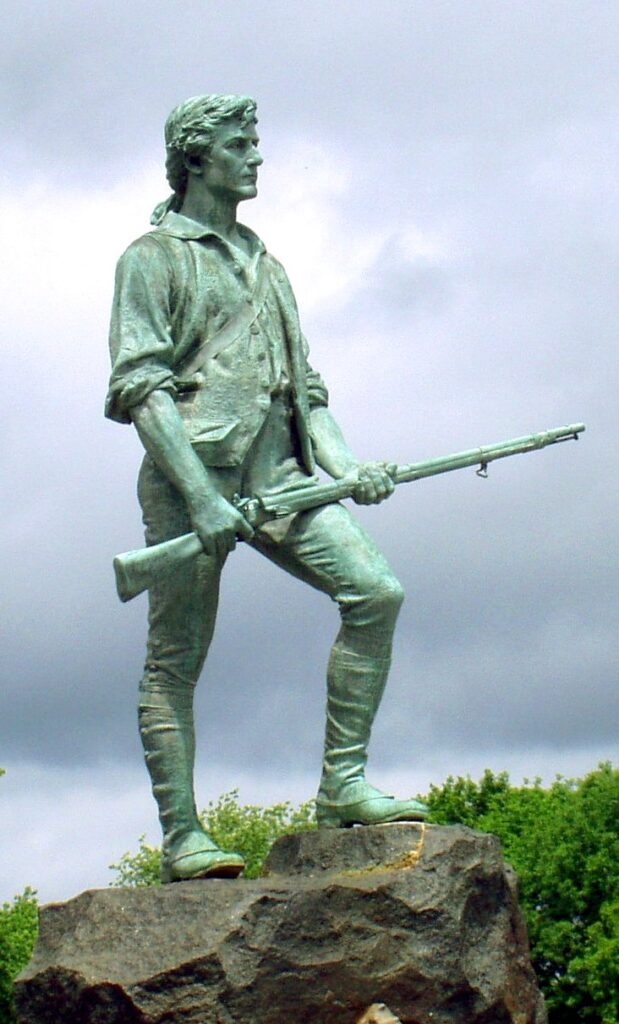 Having done an about face against rioting, the sanctimonious Don Lemon, at CNN, giggled and smirked his way through a segment about “racist” white suburbanites, who imagined any decent rioter would bother with their ugly abodes. Hey, racists, there is no Gucci merchandise where you bunk down, taunted CNN’s pin up boy.

Desperate, suddenly, to appear on the side of normies, the Fourth Estate is currently yearning for a Sister Souljah moment. Sister Souljah had expressed sympathy for the 1992, L.A. rioters. If only black people would turn to killing whites instead of one another, lamented that eponymous rapper. Back then, Bill Clinton—a master politician, and a conservative by the standards of Democrats today—deconstructed her weasel words. Candidate Clinton called the rapper a racist as bad as David Duke. As a master of triangulation, he managed at once to appease whites (who mattered back then) without alienating black Americans. And, unlike Anderson Cooper, Bill Clinton felt your pain.

Behold the puzzled look on Cooper’s bewildered face, as he is told by an ordinary, working American what it means to lose your life’s work to louts and looters. The silver-haired Mr. Cooper, also a CNN celebrity anchor, is the son of heiress Gloria Vanderbilt. Private property owners defending their modest residences and meager businesses is not something someone who grew up in a castle can comprehend.

Not so Kyle Rittenhouse. Young Kyle went to Kenosha, Wisconsin, because he was never confused. He attempted to do the job politicians and police have refused to do. As the city’s mayor and the state’s governor watched Kenosha burn, Kyle confronted the enemies of the commonweal. Unlike the flaccid men of the media and in the corridors of power, the 17-year-old rose to the challenge, firing only when he was prone and was being pounded by the feral fiends.

Intent on doing a Nick Sandmann on Rittenhouse, the media hounds have been pounding the airwaves with the “right-wing vigilante” pejorative, also calling Kyle a “17-year-old man.” This is a subliminal message for “charge him as an adult.”

Consequently, GoFundMe, a crowd-funding portal, removed efforts on Kyle’s behalf, directing visitors, instead, to the campaigns of the men he killed in self-defense. The one had a history of domestic violence; the other was a registered sex offender. For his part, Jacob Blake, whose shooting unleashed the Kenosha peace parade, had sexually assaulted a woman and was being intercepted for violating a restraining order against his victim.

Even the New York Times’ visual investigations unit provided a blow-by-blow account of young Mr. Rittenhouse being hunted down by fellows who were foaming and fulminating about the need to “cranium” Kyle. “This is 100 percent self-defense,” seconds Kyle’s attorney.

Seventeen-year-old Kyle’s recent history? Working as a community lifeguard—boy, can he swim in polluted waters—cleaning “defaced storefronts,” extinguishing dumpster fires lit by Democratic detritus, and standing sentinel in front of store fronts in downtown Kenosha, actions the local police instructed him to cease. Well, of course: the police force, in 2020, is a spent force; missing in action, flouting their constitutional obligation to protect innocents and their property.

But President Trump is still a fierce brawler. He knows that the only time you reach across the aisle to the current crop of pyromania-enabling Democrats is to grab them by the proverbial throat. With the President in the lead, I hazard that 50% of the country is behind this remarkably composed young man. (“Never Trumpers” are with the “new and radicalized Democratic coalition.”)

Currently, energetic attempts are underway by the media—a fifth column really—to frame murder, mayhem, and riots across American cities as Trump’s doing. Not even Democrat voters—vested in law-and-order like everyone else—believe that Trump’s tweets and patriotic convoys of his flag-waving supporters are destroying Seattle, Portland, Kenosha, Oakland, Minneapolis, Chicago, Albuquerque, Denver, Berkeley, Harrisburg, on and on.

In particular, a malevolently dissembling media accuse Trump supporters of causing the conflagration in anarcho-Portland, which, with mayoral imprimatur, has adopted permanent rioting status. Why so? Because “Patriotic Prayer,” a “dangerous” pro-God group, dared venture into sin city. Didn’t the flag-waving faithful know that those with God and law-and-order on their minds were not welcome; that Mayor Ted Wheeler had consecrated the city for criminals alone? Wheeler has turned Portland into a sanctuary city for the kind of rabble that is reducing cities across America to rubble.

Enabler of the Portland riots, Mayor Wheeler has allowed criminals to homestead his city. As Scott Jones, sheriff in Sacramento County, California, put it: these rioters are idiots. They have no coherent platform. Other than to destroy, they don’t know what they want. They must be met with force. Unlike Wheeler, Sheriff Jones would not be letting rioters gain a foothold on his turf.

Lo and behold, Portland’s Wheeler is now calling on the violence to cease and unity to prevail, after a member of “Patriot Prayer” was murdered by one of Wheeler’s protégés. It seems the mayor and his police force intend to succor the man who, allegedly, executed Patriot Prayer’s Aaron “Jay” Danielson. The killer, clearly visible on closed-circuit television, is still on the lam, though a man who says he’s “100 percent Antifa” reportedly is under investigation.

One fractious group, Black Lives Matter and its their white hangers-on, is the beneficiary of “light-touch policing.” The other group, for Trump and law-and-order, gets “heavy-handed policing” for daring to safeguard American civilizational markers: statues and store fronts, both symbolic of a history and a work ethic once shared.

Indeed, where are the charges against these bands of roving violent outlaws, for ongoing aggravated assault, arson, and for crossing state lines in furtherance of their criminal enterprise? Only 300 arrests have been made nation-wide. A mere 75 have been charged federally. By Chad Wolf’s telling (he is acting secretary of homeland security), 100 of these are in Portland. Given the magnitude of the destruction—this is not law enforcement.

Amid the chaos, some pettifoggers have found the wherewithal to throw the book at Kyle Rittenhouse and Steve Baca, of Albuquerque, New Mexico. He, too, was chased down by a wilding pack; ran until he could no longer, and only then stood his ground. Why is Baca being prosecuted and destroyed, rather than given the key to the city?

Thomas Jefferson passed the 1807 Insurrection Act. If it was good enough for him, it’s good enough for me. Some skulls need cracking. Still better: tired of waiting on a neutered, coopted, infiltrated and compromised police to come to the rescue? Let law-abiding taxpayers hire private protection of Kyle Rittenhouse’s caliber.