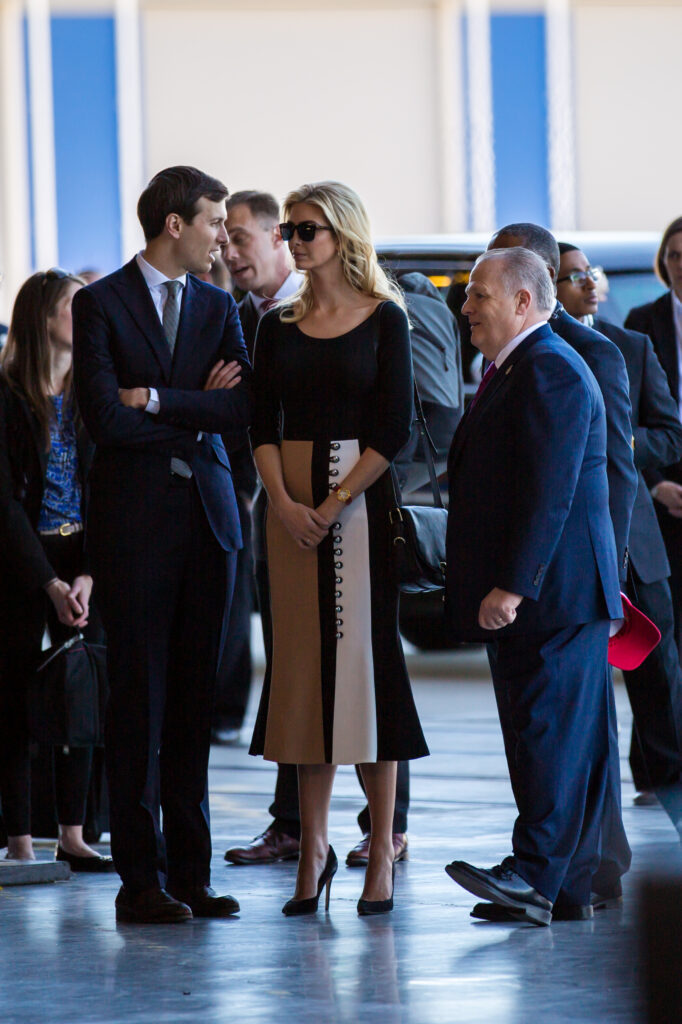 “The U.S. government discriminates ‘against genius’ and ‘brilliance’ with its immigration system,” asserted President Trump, as he rolled out Jared Kushner’s immigration plan. The president has insisted that “companies are moving offices to other countries because our immigration rules prevent them from retaining highly skilled and even … totally brilliant people.”

While it’s true that U.S. immigration policy selects for low moral character by rewarding unacceptable risk-taking and law-breaking—it’s incorrect to say that it doesn’t “create a clear path for top talent.” Kibitzing about a shortage of talent-based immigration visas is just Mr. Kushner channeling the business and tech lobby’s interests.

Multinationals, moreover, are stateless corporations. They are “global beasts with vast balance-sheets” and no particular affinity for American labor. But it’s not only about the Benjamins (to borrow from a U.S. congresswoman who, too, dislikes Americans).

The “men” who run multinationals are true believers. They are social justice warriors first; businessmen second. Tech traitors like the FAANG—Facebook, Amazon, Apple, Netflix, Google—are certainly radical leftists, who believe in replacing American labor as a creed and as a principle to live by.

Back to the talent-shortage myth. The 2017 IEEE-USA Employment Survey, which appears to be the latest from the Institute of Electrical and Electronics Engineers, has some “bad news.” “The nearly two-thirds of U.S. IEEE members who reported being unemployed at some point during 2016, had not been re-employed by mid-April of 2017.” Hopefully, the updated report will be more upbeat.

Still, there is unemployment in the ranks of American electrical engineers. Yet for years, consumers of the H-1B visa (multinationals) have insisted they were bringing in the best and the brightest because America had too few, if any at all. Not true. The H-1B visa brings in ordinary workers to displace ordinary Americans, the kind the IEEE tracks.

Why doesn’t the president know that the H-1B visa category is a huge high-tech hoax, not a special visa for highly skilled individuals? It goes mostly to average workers. “Indian business-process outsourcing companies, which predominantly provide technology support to corporate back offices,” by the Economist‘s reckoning.

Overall, the work done by the H-1B intake does not require independent judgment, critical reasoning or higher-order thinking. “Average workers; ordinary talent doing ordinary work,” attest the experts who’ve been studying this intake for years. The master’s degree is the exception within the H-1B visa category.

While visa advocates—economist Stephen Moore, Trump’s adviser, is one—perpetuate the tall tale that the H-1B visa provides a steady supply of talent; visa opponents, for their part, like to cry croc about exploitation and slave-labor. I guess they think that misplaced compassion adds force to their arguments.

H-1B visa holders are not paid inferior wages. From the fact that an oversupply of high-tech workers has lowered wages for all techies, it does not follow that these (average) men and women are being exploited. Rather, it is the glut of average worker bees—their abundance—that has depressed wages for all. Which is just the way billionaire businessmen like it.

More significantly, and as this column has attempted to inform, since 2008, there is a visa category reserved exclusively for individuals with extraordinary abilities and achievement. It doesn’t displace ordinary Americans. It’s the O-1 visa.  There is no cap on the number of O-1 visa entrants allowed.

“Extraordinary ability in the fields of science, education, business or athletics,” states the Department of Homeland Security, “means a level of expertise indicating that the person is one of the small percentage who has risen to the very top of the field of endeavor.”

So, you see, America could recruit as many as it wished from the world’s pool of “totally brilliant people.” Access to this limited pool of talent is unlimited.

But this is not what business wants. When Big Business bends Trump’s ear about “top talent,” they mean, largely, the H-1B system. Touted as a means of trawling for the best and the brightest, the H-1B system is anything but.

In 2018, ten years after my O-1 visa revelation, immigration lawyers who make their living by outsourcing American lives, are finally admitting as much: The H-1B visa was always meant to displace Americans. Via Forbes magazine:

“The drumbeat of an H-1B being intended to only bring the best and the brightest has been incessant the last three years or so. The problem is, of course, that was not the purpose of the H-1B and we already have a temporary visa for that – the O-1.”