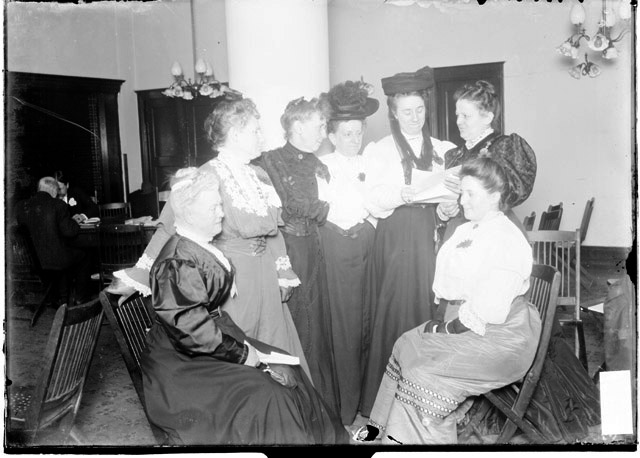 It’s not uncommon for churches to be turned over to new uses, selling, for example, anything from carpets to bathroom fittings. Often they were built to serve a population crowded into streets of terraced houses, close to places of employment. Darlington in County Durham has several former churches which have gone over to retailing. On the north side of town, where the route of the Stockton and Darlington Railway still bisects the main road, is a working class district which has been spared the joys of multiculturalism. The only people noticeably different are the Chinese who run the Heng Fu takeaway and similar establishments. No-one is going to starve here.

However, the district shouldn’t be considered culturally insular. On the main road  is a place where you can get a Reiki head massage, or for £50 experience past life regression – an interesting way to spend time after dropping off your vacuum cleaner for repair. There are small businesses here offering everything from furniture repair to plumbing. Among them is the Coast to Coast emporium which sells exotic plants and animals. It leaves one (perhaps unfairly) with the image of a newly sold tarantula or corn snake, far from home, slowly dying in unsuitable accommodation.

Talking of death, there is still one church in the district which hasn’t been given over to retailing and sensibly when not in use it is protected by steel shutters. The Spiritualist Church has taken over a former Anglican chapel and despite COVID restrictions the Sunday evening service is well attended. Spiritualism had its origins in the 1840s in the United States and quickly spread overseas. By 1902 there was a Spiritualist National Union in Britain and for a time the practise enjoyed some vogue in aristocratic circles. As in all the best religions there has been a schism: the SNU hold spiritualism to be a religion, whilst Christian Spiritualists see it as a denomination of Christianity. Then there is the White Eagle Lodge which embraces a range of activities far removed from Christian practise. The word ‘esoteric’ is probably inadequate. A broader glance at the locations of Spiritualist churches shows that, at least in the North of England, they are usually embedded in working class districts. Where it used to be Anglicans and Nonconformists, often only the Spiritualists remain. However most Christians steer clear of Spiritualism and draw a distinction between ‘invocation’ and ‘evocation’. The latter carries Exorcist style health warnings on some websites.

Entering the church just before the service begins a recording of the song ‘I Believe’ is playing. It proved impossible to identify the singer since there are so many versions but it definitely wasn’t Elvis Presley. The congregation is overwhelmingly female, working class and of a certain age. Quasi religious might be the best description, though there is little which is ritualistic or overtly Christian. Hymn singing was out of the question due to COVID and consequently we next endured an excruciating  version of ‘Bridge Over Troubled Water’. Later, this was followed by ‘Somewhere Over The Rainbow’. It gave a sense that deprived of hymn singing, time needed to be filled, so we sat quietly as if listening to Smooth FM.

There then followed a homily from our Medium, a very nice lady who focussed on the unexpected benefits of lockdown, such as finding time to bake. The old chapel has peeling paint and awful acoustics and the latter was exacerbated by passing police sirens on the main road. A pulpit might have come in handy to better project the speaker’s voice. Instead there was simply a platform with a few chairs. Next to it, for no obvious reason, was a tree illuminated with lights and looking suspiciously like something which hadn’t been cleared away after Christmas. The congregation laughed dutifully at the Medium’s attempts at humour. God didn’t get a mention, though we were encouraged to remember various members of the congregation who were sick.

Then it was on to the spirit world. Clearly there were people present poised and hopeful of getting a message from beyond. Sure enough the Medium threw out a few hints from the other side (the transitioned as they are known in the trade) and this rang a bell with a lady in the front row. What followed were a few leading questions of the sort which wouldn’t be allowed in cross examination. However, the lady at the front duly confirmed that this was all familiar stuff to her. No names were mentioned, merely hints from beyond; the transitioned one remained tantalisingly anonymous. After the first spirit vanished into the ether our Medium soon achieved contact with a second. Another lady was clearly eager to connect and was assisted in doing so by a woman who appeared to be her daughter. She caught the Medium’s eye but soon some awkwardness ensued.

Medium: ‘I’m getting a connection with the Army’.
This seemed to baffle the woman.
‘Salvation Army?’ added the Medium hopefully.
Daughter whispered in mum’s ear,
‘Yes, we had a neighbour who was in the Salvation Army’.
With this tenuous link established the séance continued.

A benefit of being a Medium in this country is the British desire to be helpful. We don’t like to see a person left exposed and feeling awkward. Consequently it doesn’t take long before someone concludes that a message from beyond is probably meant for them. Essentially this is how it goes: the Medium tosses broad hints to the congregation, someone ‘sees’ a connection, then this person and the Medium go into mutual support mode. The skill lies in how deftly the Medium can deal with those awkward moments when the individual isn’t supplying any help. For their part, the spirits remain vague about precisely who they are. It doesn’t take much: a link may be established with a member of the congregation because the deceased was known to hold ‘firm opinions’.

Other religions warn about the dangers of Spiritualism and they have a point. There are plenty of charlatans about. Clearly though there is a demand, particularly in working class districts. Since the early years of the last century, Spiritualism seems to have sunk down the socio-economic scale, where it now flourishes largely unnoticed by the wider world. It seems that for some there is a need for spiritual comfort of the more direct sort. The quasi religious setting and a Medium who genuinely believes herself to be in touch with the spirits of the dead, provides support to a group of mostly working class women, some of whom have evidently led a hard life.

Like Loading...
This entry was posted in QR Home and tagged Bill Hartley, Spiritualism. Bookmark the permalink.

1 Response to Is Anybody Out There?