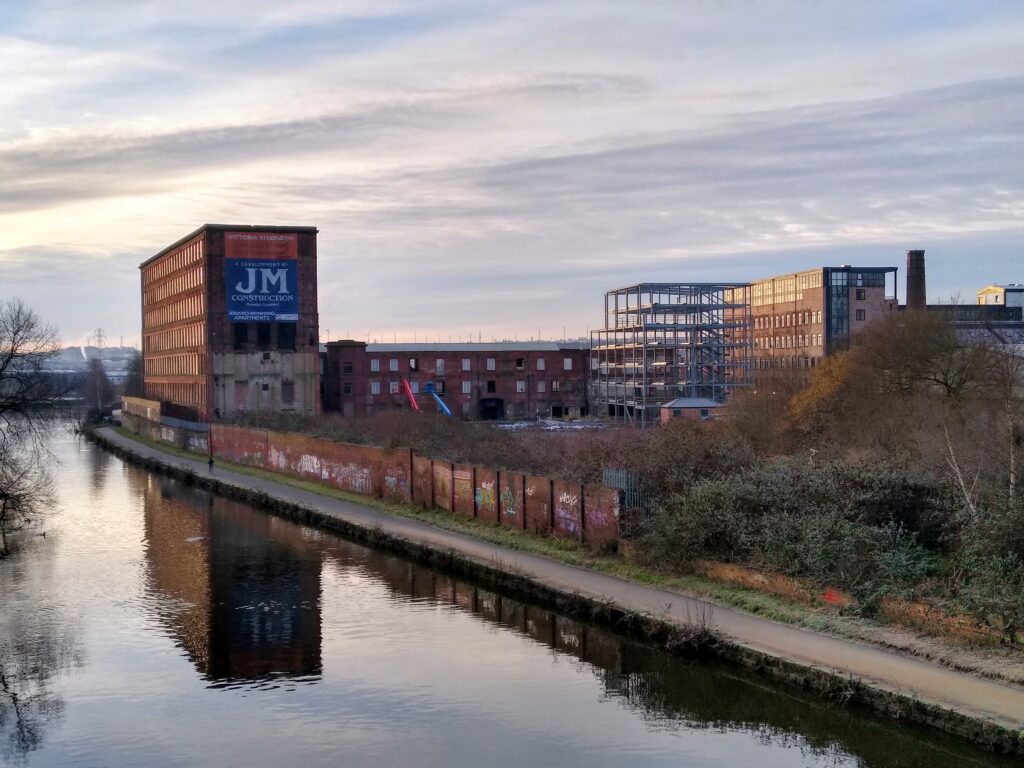 The South Leeds Stadium lies at the heart of a complex which provides a wide variety of sports facilities. Such is the range available that it may help explain why the cities’ athletes pick up so many medals at the Olympic Games. The stadium lies in Hunslet about a mile from the city centre and it is also home to Hunslet RLFC, the other rugby league club in Leeds, who returned to the district after a nomadic existence which saw them move home six times.

Hunslet itself is one of those places a motorist may hardly notice when leaving the city. Even some of the locals would find it difficult to tell you where it begins or ends. There’s a big open space where the Tetley Brewery used to stand. Tetley, a name formerly synonymous with Leeds, was a victim of rationalisation, when the brewery combine who took it over shut the place due to ‘overcapacity’. Much of its output used to go into Hunslet, a district once known as the workshop of Leeds, though it had competitors for the title. The list of enterprises which used to operate there is a long one and a snapshot of Victorian industrialisation at its height: foundries, malthouses, heavy engineering and a giant gasworks. Until the 1970s Hunslet was also overlooked by allegedly the filthiest power station in the country. It may have inspired the late Keith Waterhouse to describe his birthplace as ‘the city of dreaming cooling towers’.

Like many industrial settlements Hunslet has taken a battering since it rose to prosperity in the 19th century, though its population remains just over 30, 000. Some of this was economic in origin but the local authority also took a hand. When an Authority gets it right then something like the South Leeds Stadium is the result. A good example of getting it wrong was the Hunslet Grange Flats, known locally as the Leek Street Flats. This turned out to be a vertical slum project, designed to replace those of the horizontal variety already in existence. In total, 2500 units were envisaged (the figure varies) and were first occupied in 1970. They were built to a prefabricated design which perhaps ought to have set the alarm bells ringing. The new flats were stated to be providing ‘hot and cold running water and inside toilets’. This statement gives a good idea of what some Hunslet people had to endure back then. It didn’t take long for the shortcomings to be discovered. Apart from problems with damp, the flats weren’t considered a safe place to walk round after dark, particularly for females. It was a case study in the absence of what the architect Oscar Newman called ‘defensible space’. In short, if a little bit beyond the front door isn’t yours, then an occupier is less likely to take an interest in what’s going on outside. The flats were demolished in 1983 and the company which built them now concentrates on Portakabins. A plaque in a local cul de sac marks the beginning of this project. Not  inappropriately, it has been vandalised.

Hunslet once seemed to encapsulate everything that was grim Up North. There is a huge ‘memory lane’ photographic archive available in the local press with misty eyed locals reminiscing about childhood games on the local slag heaps. As well as being considered the workshop of Leeds, Hunslet also had the misfortune to sit on an active coalfield. One can imagine the sort of waste being dumped locally by collieries and foundries. Indeed, Hunslet Rugby Club’s original ground, bought from the Low Moor Coal and Iron Company in 1888, needed 2000 tons of rubble removing before a pitch could be laid.

Enough rows of terraced houses survive to provide a memory of what it must have been like when most employment was to be had locally. On Dewsbury Road, the main thoroughfare, there are still numerous small shops with their wares displayed out on the pavement, giving a South Asian feel to the place. Although there is a shopping centre in Hunslet, thanks to more recent arrivals in the district there is still, in an odd sort of way, a flavour of what retailing must have been like before most of it was absorbed into supermarkets. Incidentally last month Hunslet managed to produce the cheapest house sold in the Leeds district. It fetched £65, 000. This may contrast significantly with the biggest regeneration project currently underway in Hunslet. There are other gigantic mills to be found in West Yorkshire but Hunslet Mill would dwarf most of them. The building was opened as a flax mill in 1838 and stands six stories high. It is a vast monument to a long gone textile industry and a further idea of its size is given by the plan to include 356 flats on completion. Doubtless the structure will prove to be more durable than Hunslet Grange Flats which lasted just thirteen years.

The place hasn’t altogether been abandoned by heavy industry, since the Hunslet Locomotive Works is still in operation after 157 years. Their steam locomotives were found throughout Britain and the Empire: from Welsh slate quarries to West Africa. Many are still in operation though these days the company builds diesel locomotives. Long before the company was founded and thanks to that pioneer of steam Matthew Murray, coal trains were running out of Hunslet in 1812, pulled by his locomotive Salamanca, more than a decade before the Stockton and Darlington Railway got under way.

These days the Hunslet club plays down in the basement of Rugby League. This despite their distinguished history. They were for example the first club (and one of only three) to win all four of the trophies available, in a single season. This once peripatetic club, whose existence has on occasions hung by a thread, now operates in the midst of a superb sports complex, which is embedded in the old manufacturing district where it originated. The club is run by cheerful volunteers who see the return of their club to Hunslet as something which embodies the resilience of the district. Whilst the game has largely left behind its old slag heaps and drizzle image, from this modern stadium you can still watch a rugby match as steam locomotives rattle past. They operate on the nearby Middleton Railway where Salamanca once hauled coal trains.