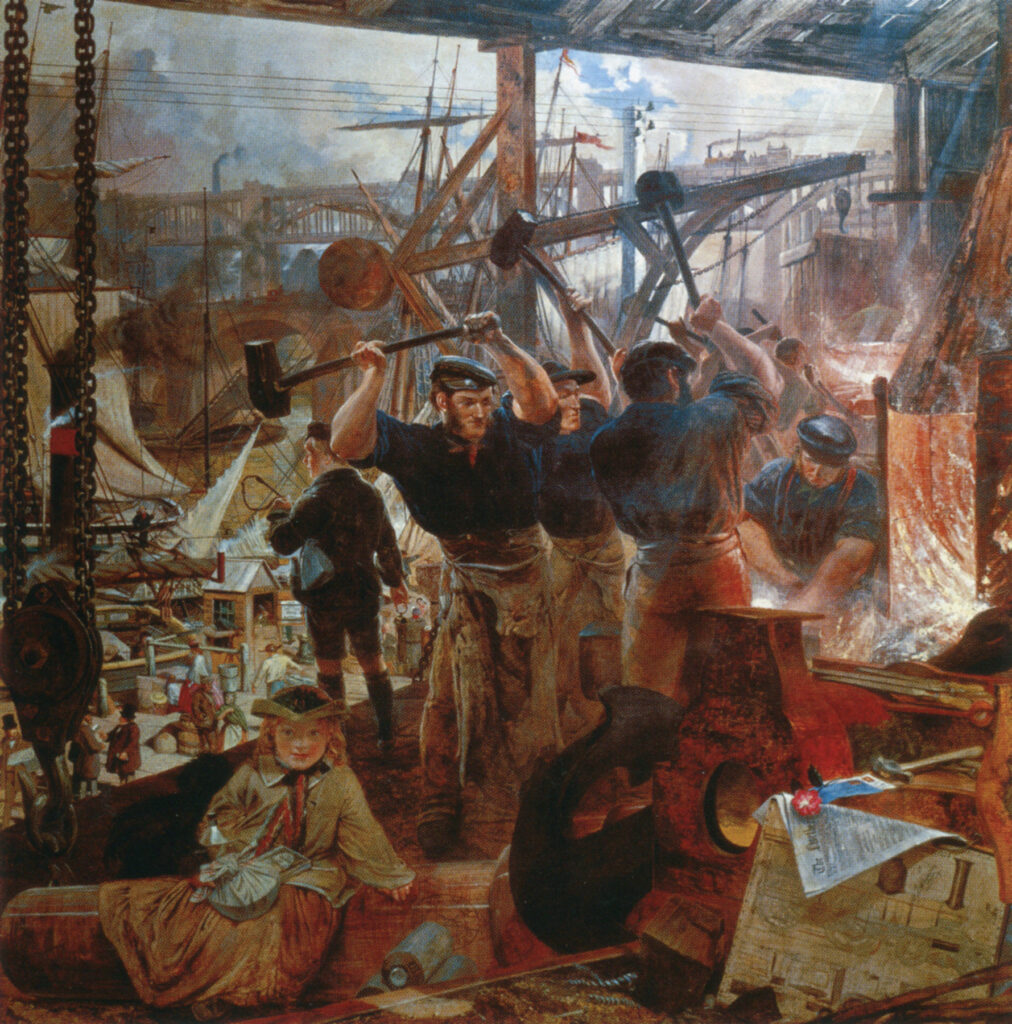 William Hartley has iron in the soul

In 1999, recognising there was no single event which shaped the European landscape greater than the Industrial Revolution, Britain, Belgium, Germany and the Netherlands applied for EU funding to draw up a master plan. What flowed from this became known as the ‘Duisberg Declaration’. The aim was to create interest in the common European heritage of industrialisation. This became known as the European Route of Industrial Heritage. In terms of leisure and tourism it wasn’t a bad idea. After all, shouldn’t citizens of Europe learn about what shaped the modern world? This being an EU funded project, however, a problem arose through an overarching requirement to achieve commonality. Rather reluctantly, the ERIH only hints at where the industrial revolution originated before crossing to the continent. Evidently no nation was to be given a leading role.

There were various social, environmental and geological reasons why the industrial revolution began in Britain. The early start thesis has been well covered by economic historians and as we know that for Britain it meant both benefits and burdens. The ERIH moves quickly on from that awkward point of origin question, giving the impression that the industrial revolution was breaking out everywhere. Certainly, what followed in Europe was important. Yet much of what is to be found on the Route is nineteenth or even twentieth century in origin. The fact is that the building blocks of the Industrial Revolution originated in eighteenth century Britain.

It’s interesting to see what is missing from the list of key sites. For example, there is no mention of Thomas Newcomen, the man who first brought steam power to industry. One of his engines was in operation as early as 1704 and a working replica is to be found at the Black Country Museum. James Watt, who produced the first commercially successful steam engine, is also overlooked. The world’s oldest working steam engine (made by Boulton and Watt) is to be found at the Birmingham Science Museum. The Ironbridge Gorge Museum featuring Abraham Darby’s ironworks at Coalbrookdale does get a mention, perhaps because it is also a UNESCO World Heritage site but you can’t really have Darby without Newcomen and Watt.

The three basic elements of the industrial revolution were coal, steam and iron. Once the three were working in harmony then an industrial revolution became possible. Productivity in coal mines could be increased by the use of iron headframes over shafts; steam power could raise the coal more quickly and iron rails move it to market. What caused the spread of the new technology was certainty of supply, so it’s also surprising that no example of an early railway gets on the list. Indeed, railways aren’t included at all. Cornwall gets a mention via a couple of tin mines but the Hale Foundry doesn’t. Apart from its expertise in making steam engines, Richard Trevithick, the man who built the world’s first locomotive, also worked there. Similarly the Stockton and Darlington Railway is overlooked despite still being operational. At Shildon there is a museum alongside the line, which might have been an incentive towards inclusion. These omissions raise the suspicion that too many key British industrial heritage sites on the list might drag us back to the point of origin and make things seem less harmonious and less European.

On the Route, some industries are presented in a way which suggests they have equal importance developmentally, such as coal mining in South Wales and the Ruhr, as if they emerged parallel to each other. This is to ignore the geological challenges in developing the coal reserves of the Ruhr Valley and the part played by William Coulson from the North East of England, who having broken the 1,000 foot barrier in Britain, showed the Germans how to sink a shaft through wet strata. They must have been grateful because a pub was named after him.

Despite the drive to achieve parity, the Route still draws us back to the source. For example, a site featured in the Netherlands is the Cruquius Steam Engine, the largest in the world, built by the aforementioned Hale Foundry in Cornwall. There is also something of an imbalance. The Heineken Brewery Museum ensures that the Dutch get another mention but the Germans and Czechs, to name but two, played important parts in the development of brewing, long before the Industrial Revolution.  Also a glance at the full list of sites suggests the brewing industry is rather overrepresented.

Still in the Netherlands, railways finally get a mention of sorts via the inclusion of a tramways museum. Contrast this with the omission of the Liverpool to Manchester Railway, perhaps the greatest technological achievement of the early nineteenth century and still carrying passengers. The Route also found room for the Zevenaar brick museum, hardly an ideal location to while away a wet afternoon. In contrast, Birmingham, that powerhouse of the Industrial Revolution, is represented only by the genteel world of jewellery making. German motor manufacturing ought to provide a rich source and in a way it hasn’t been overlooked. Those wishing to learn more about the history of German cars may wish to visit the August Horch Museum in Zwickau (formerly the German Democratic Republic) where they used to make the Trabant. Most entertaining of all is the ‘Technical Museum’ at Peenemunde. For those in the know this has long been on what is called the ‘dark tourism’ trail but a potential visitor will search the museum’s website in vain to discover what the place was really for. Incredibly, no reference is made to the building of rockets for military purposes.

The ERIH is one of those projects which starts out as a well-intentioned idea then gets bogged down by the need to comply with the overarching principles of the parent organisation. Without emphasising this pan European approach, there would probably have been no grant to get the scheme off the ground. Still, now that the UK has exited, all British sites can be erased from the list and the Industrial Revolution attributed entirely to the EU.

1 Response to Fake History, from the EU