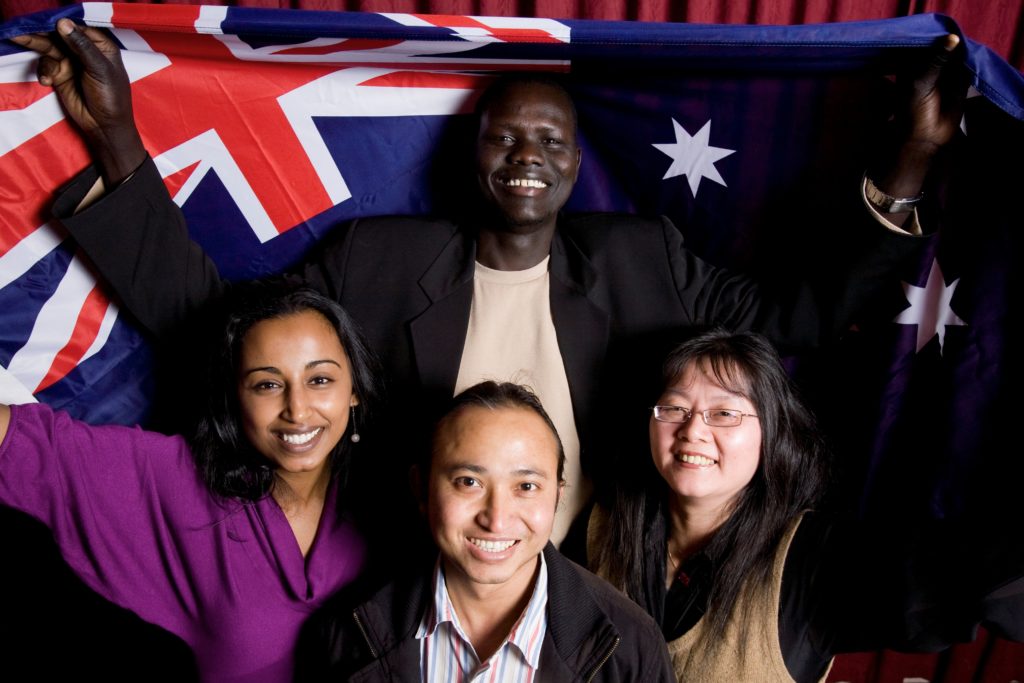 ‘Culturism’ is the opposite of multiculturalism. Whereas multiculturalists believe we should celebrate our national diversity, culturists, (those who advocate culturism), believe that we should seek unity by assimilating citizens into our traditional majority culture.

Multiculturalists do not believe America has a traditional majority culture. For them, Muslim history is just as American as European history. Furthermore, if culturists assert that America is not a Muslim nation, multiculturalists call them ‘racist.’ Culturists believe America has a unique traditional culture, as well as a right to protect and promote it.

As such, using the word ‘culturism,’ (positing an alternative to multiculturalism), and identifying oneself as a ‘culturist’ are political acts. Culturists hope that these words will spread, counter multiculturalists’ abuse of the epitaph ‘racist,’ and reframe political debate within the West.

This article will first consider the rhetorical uses of the words ‘culturism’ and ‘culturist.’ After that, it will look at culturist domestic and foreign policy. Therein, it will contrast culturism with individualism and globalism. Lastly, the article will suggest academic uses of the terms. However, the public need neither agree with every policy suggestion, nor understand every nuance, to deploy these words.

When pressed about such issues, multiculturalists often deny that negative attributes are actually parts of the cultures under discussion. For example, President Obama insisted that the Islamic State has nothing to do with Islam. For multiculturalists diversity is limited to food, fashion and festivals. At their cores, multiculturalists tell us, all cultures cherish the same ‘humanitarian’ values.

When culturists bring up cultural problems, multiculturalists frequently call them ‘racist.’ By deploying the words ‘culturist’ and ‘culturism,’ we can steer the conversations back to the topic of cultural diversity, “We are not discussing race. We are discussing culture. I am a culturist.” The words ‘culturism’ and ‘culturist’ by overtly referring to culture help to counter attempts to label discussions of cultural diversity as racist.

Culture and race sometimes overlap. But they are essentially different. Islam, for example, is not a race. Muslims come in all colors. People cannot change their race but they can change their culture. Frank discussions of culture can improve all of us.

Many people of conscience understand that blindly celebrating all diversity is problematic. Simultaneously, they sincerely despise racism and understand its divisive nature; they do not wish to be associated with racism or racists. As a result, when witnessing anti-social behavior they remain silent. The term ‘culturist’ will allow them to re-enter polite public discourse.

Cultural behaviors provide a more direct and quantifiable explanation for educational and economic achievement disparities than institutional racism does. For example, on average, Asians spend more time studying than other ethnic groups. Studying is a measurable cultural variable. Measuring and publicizing this variable can help ameliorate achievement disparities.

Racism is ill informed and divisive. When discussions degenerate into unfair accusations of ‘racism,’ they are constricted. And, as cultural diversity is real and important, our society and institutions, as well as minorities themselves, need to be able to discuss it. Utilizing the words ‘culturism’ and ‘culturist’ facilitates such discussions.

The preceding culturist policy would be statistically based. We could refine the criterion if we find a statistical correlation with any other demographic information: for example, having visited certain countries. And this policy is not essentialist. If, in the future, Muslim terrorist acts cease and elderly Korean women begin committing acts of terrorism, the policy should be reversed.

Culturist profiling would be challenged on the basis of individual rights. In addition to challenging multiculturalism, culturism provides a counter-balance to decontextualized individualism. What follows is a necessarily short discussion of the interaction between individual rights and culturist rights.

Historically, America has given culturist concerns standing in the law. For example, zoning laws prohibit strip clubs from being near elementary schools; we do not broadcast pornography on public airwaves. In such rulings, the rights of the individual get balanced against the requirements of a healthy culture. Using such a lens, we can see that America has traditionally been a culturist nation.

Individual rights are increasingly used to protect anti-social behavior. However, if Western society does not survive, even fundamental individual rights will cease to exist. Philosophers and jurists should discuss whether culturist measures, such as restricting foreigners from staffing airport security positions, help our culture safeguard itself more than it violates our traditions. But aggressive, uncompromising individualism is unreasonable, dangerous, and counter to our culturist traditions.

All nations in the world are, in practice, culturist. Iranian schools promote Iranian nationalism. Japan’s schools lie about their World War II behavior. Mexican schools present Mexico’s side of the Mexican–American War. In much of what follows, as with the domestic curriculum suggestion, the culturist position is simply the international default position.

Concomitantly, culturists reject many of America’s military actions in the Middle East. Among other justifications, America is supposedly in Iraq and Afghanistan to turn them into Western-style, progressive democracies, with freedom of speech, separation of mosque and state, and – eventually, presumably – rights for homosexuals and women. But culturists assert that not all cultures agree on fundamental ‘human’ values; the nature of Islamic culture arguably dooms our Middle East projects.

Culturists respect sovereignty more than globalists do. Iran being an Islamic theocracy is not the West’s concern. However, Iran’s developing nuclear arms and Middle Eastern nations harboring terrorists threaten the West. Therefore, culturists would consider bombing Iran’s nuclear facilities as well as any nation harboring terrorists. However, the goals would be disarmament, punishment and deterrence. Culturist logic precludes any subsequent ‘humanitarian’ actions aimed at rebuilding the Islamic nation and transforming it culturally.

As other civilizations, the West has a culture and a right to protect it. Western rights only protect Westerners and our culture. Just as we have no right to build churches in Saudi Arabia, Western rights do not give Saudi Arabia the right to build mosques in the West. We need not accept political asylum seekers as neither China nor Iran do. For those who advocate ‘human rights,’ making sure the West is safe and solvent best protects such rights. Protecting the West must take precedence over unilaterally imposed globalist human rights concerns.

Culturism can cause paradigm shifts in academia. For example, American historians frequently characterize the notion of Manifest Destiny, whereby Anglo-Americans sought to spread across the northern western hemisphere, as ‘racist.’ However, illiteracy, poverty and unstable democracies are endemic across Latin America. Protestant-based culture is conducive to first world, progressive national outcomes. Invoking a culturist perspective, we can reframe many of America’s historical polices as positive examples of rational culturism, rather than confirmation of our shameful, irrational and racist tendencies.

Culturism also seeks to integrate academic disciplines. Biologists and anthropologists can tell us what culturist policies are implied by group protection and promotion behaviors. Political philosophers can debate whether these suggested policies promote our traditional sense of responsible liberty more than they violate it. And psychologists can measure the actual cultural impact of such policies. Thus, universities can cooperate on culturist goals.

Many nuances of culturism have not been included in this discussion. The book, Culturism: a Word, a Value, Our Future, details how culturist thought illuminates and coordinates academic disciplines and suggests more policies. Likewise, Scott Hampton’s aforementioned book demonstrates how minorities might apply culturist thought to improve their communities. And Edwin Dyga’s recent article, ‘The Future of Australian Conservatism,’ examines culturism’s place in Australian political life. Yet, you need not understand all of the implications of culturism to call yourself a ‘culturist.’

As the growth of multiculturalism attests, much political discourse and policy takes shape around rhetorical catch phrases. ‘Culturism’ and ‘culturist’ cost nothing to deploy. Yet, in countering multiculturalism, they could reap great political dividends. A single media figure using these words could quickly make them ‘go viral.’ Challenge multiculturalism. Take action. Spread the words today.

John K. Press, Ph.D. is the author of Culturism: a Word, a Value, Our Future. He currently teaches at Namseoul University in South Korea. www.culturism.us has more information.

1 Response to Beyond Multiculturalism