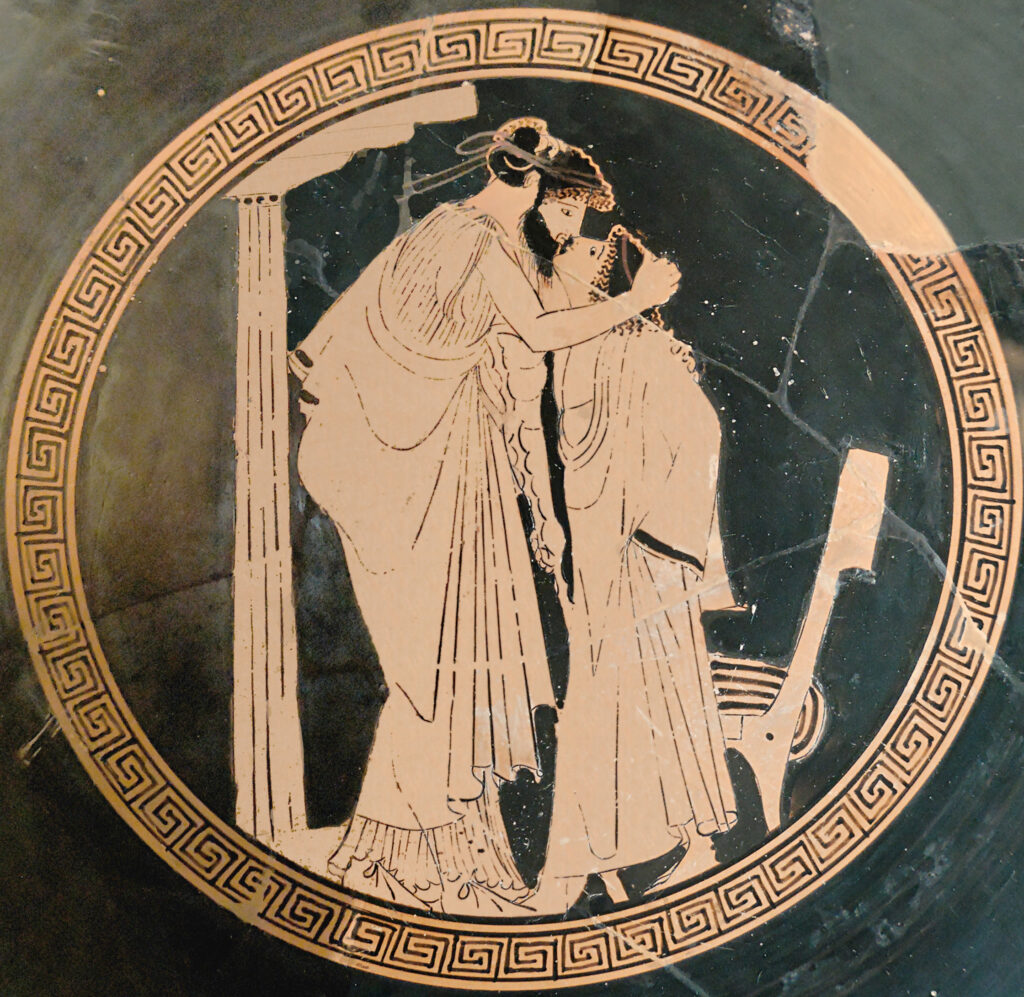 A Long, Dark Shadow must rank as the most controversial book of 2021. Within weeks of it being published, its author had been hounded off social media and eventually forced to resign from an academic position at Old Dominion University in Virginia (see Sam Baker, “Trans professor, 34, who defended pedophiles as ‘Minor Attracted Persons’ finally RESIGNS after 15,000 people signed online petition,” Mail Online, 25th November 2021). [Editorial note; Dr Walker, hitherto an assistant professor of sociology and criminal justice, claims to have researched this subject “to identify ways to protect children” and to “prevent crime’. Walker has stated “I want to be clear: child sexual abuse is an inexcusable crime”. Dr Walker goes by the pronouns they/them]

A Long, Dark Shadow attempts to dispassionately explore the world of non-active paedophiles. Due to the emotional baggage which the word “paedophile” carries, including the implication that a person has engaged in the sexual abuse of children, Walker prefers the euphemism “Minor-Attracted Person” (“MAP”). This is a term which many paedophiles increasingly employ to describe themselves, though some, Walker finds, are perfectly happy to self-identify simply as “paedophiles.” MAP is, however, a misleading and manipulative term, as we will see later.

The resulting book is a qualitative exploration, drawing upon semi-structured interviews with 42 MAPs who are overwhelmingly male. Following in the traditions of social anthropology, Walker treats these MAPs as a community – which they indeed are, as there are various online forums for non-active paedophiles such as VirPed (“Virtuous Pedophiles”) and B4U-ACT (p.11) – and attempts to describe the findings therein without moral judgement. At various points, however, repugnance is expressed at the views of some the subjects, notably with regard to abolishing the age of sexual consent: “There were times when I felt disturbed by my own research . . . In moments such as these I felt less sympathy towards my participants overall” (p.189). Certainly, at some points, it is impossible to read this book without a feeling of disgust.

The furore that A Long, Dark Shadow has engendered is understandable. It is helping to normalize, even if indirectly, the abuse of little children. Paedophilia is an extremely emotive subject. It is difficult to discuss it in a dispassionate manner. This Dr Walker attempts to do and we learn a few things as a consequence.

Firstly, Walker distinguishes between different kinds of paedophile: there are those who will have sex with anything, including children (because they find it harder to fight back); those who are focused on late pubescent children, on pubescent children, on pre-pubescent children, and even extreme instances, with correspondents fantasizing about having a “sexual relationship” (not mere sex) with children as young as three. There are technical terms for each of these types and they seem to have slightly different biological and environmental correlates, although Walker – a social worker by training – doesn’t look at the hard science behind paedophilia. Congruous with the leftist takeover of universities, everything is attributed – wrongly – to environmental factors. The paedophiles themselves, however, tell us of the biological dimensions of their sexual predilection: “(The doctor) indicated to him there could be a biological cause of his attraction to minors . . .” (p.151). Again, “My participants brought up the work of James Cantor and his colleagues, mentioning whether or not they possessed characteristics that MAPs have been found more likely to exhibit (e.g. left-handedness, below average IQ, or childhood sexual trauma) than teleiophiles (individuals attracted to adults)” (p.35).

Dr Walker evidently gained the trust of the subjects, members of an otherwise extremely suspicious community, through both “fieldwork” and sympathetic correspondence. There are interesting differences within this community. Some MAPs believe that any kind of contact with children is morally wrong. They try to avoid children in case they become tempted. Others, though they don’t act on it, genuinely believe that such relationships can be right in certain circumstances. The MAPs who prefer older boys (they mainly seem to be homosexual) look down on those who prefer younger boys as being the real paedophiles. Some of them see child pornography as perpetuating sexual abuse and avoid it. Others justify using it, because it is an “outlet to engage in fantasies without involving children he knew ‘in real life’” (p.125). In effect, they feel that viewing it is “the lesser of two evils” (p.125) because if they don’t then their desires won’t be sated, so they’ll go and molest a child. One correspondent claimed that he watched online child abuse in order to empathise with the abused children and so remind himself that child abuse is wicked and that he shouldn’t engage in it (p.126). Thus, for him, watching videos of children being sexually abused was an “aversion tactic” (p.127). Walker acknowledges being deeply disturbed by these warped justifications.

The author provides us with useful – otherwise difficult to obtain – information about the environmental aspects of becoming a paedophile. Children tend to be attracted to, or to have crushes on, other children of their age. Many of Walker’s correspondents found that they became “stuck,” psychologically, at a specific age. Thus, they fancy 11 year-olds when they are 11, and they simply don’t move on from 11 year-olds. According to Walker’s research, some kind of trauma often happens to them at around the age in which they are “stuck.” And it is not necessarily sexual abuse; it could be the death of a parent. My book Churchill’s Headmaster explored the life of the prep school headmaster Herbert Sneyd-Kynnersley (1848-1886) who was a flogging fetishist and a non-active pederast. He seemed to be especially interested in the older boys at his school; those aged around 12. This is the exact age Sneyd-Kynnersley was when his mother died. The book posited a connection between autism and fetishes – via strong feelings, obsessiveness, interest in “things,” lack of empathy and emotional immaturity – though Walker merely noted, in passing, that three of the subjects had been diagnosed with autism (p.140).

All this notwithstanding, Dr Walker is implicitly arguing that MAPs are a persecuted minority, just as transsexuals and homosexuals once were, and that they deserve recognition and even “acceptance that they aren’t fundamentally evil people” (p.167). There are number of difficulties with this conclusion. Firstly, paedophilia is not an “attraction,” it is a “fetish”. It involves obsessiveness, hence the  tremendous difficulty in stopping oneself from acting it out, in a context in which the objects of attraction are vulnerable and trusting. Note also that paedophilia is partly an expression of high mutational load, with mutant genes impacting development and factors that have gone wrong in development. It correlates, accordingly, with assorted personality disorders that make people more impulsive.

Consistent with this, one of Walker’s subjects “had gone to a small island where he ‘saw children running around naked’ in public. Isaac immediately went online to seek help from others who would understand.” He told Walker, “It was a bit of a challenge for me.” But the online communities told him, “‘You can do it, [Isaac]!” This element of compulsion is the key problem with the concept of MAPs.  Of course, it may be that Walker’s sample – in reaching out for help to online communities – are not representative of the average MAP. Perhaps the latter type is better at suppressing, or coping with, his desires or feels them less acutely.

Walker is openly sympathetic to MAPs – seemingly identifying with them “As a queer person myself . . .” and as a member of another  marginalised sexual minority– to the extent that just as transsexuals have proclaimed that normal people are “privileged” as “cis-gender,” it seems that non-MAPs are privileged as “teleiophiles.” But whereas gay people have the “privilege of coming out without fear of stigmatization” (p.47), MAPs lack this “privilege.” In this sense, this book is the next logical step in a process of “runaway individualism” whereby you virtue-signal your concern with the individual-promoting, rather than group-promoting, values of “harm-avoidance” and “equality”. Walker maintains that “shaming” MAPs makes them less able to get help and so more likely to offend. It could be countered, however, that for most people, if their desire is so shameful as to be unthinkable, then they will suppress it, rape being an example. If they can’t do that faced with such shame, counselling probably won’t help them.

Some of the furious reaction to this book is doubtless attributable to projection and denial. Society sexualises young children, encourages and even pressures teenagers to have sex and is awash with sexual images of relatively young women which some people may feel guilty about being aroused by. Men tend to be attracted to younger females for evolutionary reasons, and this may stray into the “barely legal” range, as pointed out in the internet search analysis A Billion Wicked Thoughts by Ogi Ogas and Sai Gaddam, which also highlights the many other sexual perversions that interest ostensibly “normal” people. According to Evolutionary Psychiatry, by psychiatrists Anthony Stevens and John Price, studies indicate that many non-active paedophiles will go into professions such as school-teaching – in which they may excel precisely because they are enthusiastic about being with children and because they implicitly understand how they think, never having quite grown-up – satisfying themselves with platonic relationships and non-sexual touching. As Judge Mary Mowat told a teacher, convicted at Reading Crown Court in 2011 of downloading child pornography, “I don’t criticise you for being attracted to children. Many teachers are, but they keep their urges under control, both when it comes to children and when it comes to images of children” (M. Wardrop, “Judge Tells Sex Offender: I Don’t Criticise You for Being Attracted to Children,” Daily Telegraph, 29th July 2011).

A blind-eye was turned, until recently, to such “funny men,” who’d often never had an adult relationship of any kind. Of course, they were “MAPs,” but they were tolerated, so some people project their guilt about this, or their conflicted feelings towards these people, onto Dr Walker. But, even so, Walker is trying to normalise paedophilia to the extent of proposing that there needs to be more media role-models for young, troubled MAPs (p.92). Will we, accordingly, see token MAPs in American movies soon? Perhaps this book has triggered otherwise conformist liberals because it forces them to realise that the West really has degenerated into something truly appalling if a prestigious publisher – the University of California Press – is prepared to publish a book that espouses equality for, and normalization of, people who are aroused by the idea of having sexual relationships with children.

Prof. Edward Dutton runs a channel called The Jolly Heretic where he interviews controversial academics side-lined by our politicised universities. He is the author of Churchill’s Headmaster: the ‘Sadist’ who Nearly Saved the British Empire, among many other books

[Editorial endnote; views expressed in articles published by QR are not thereby endorsed by the editor]

2 Responses to A Dark Night Rises