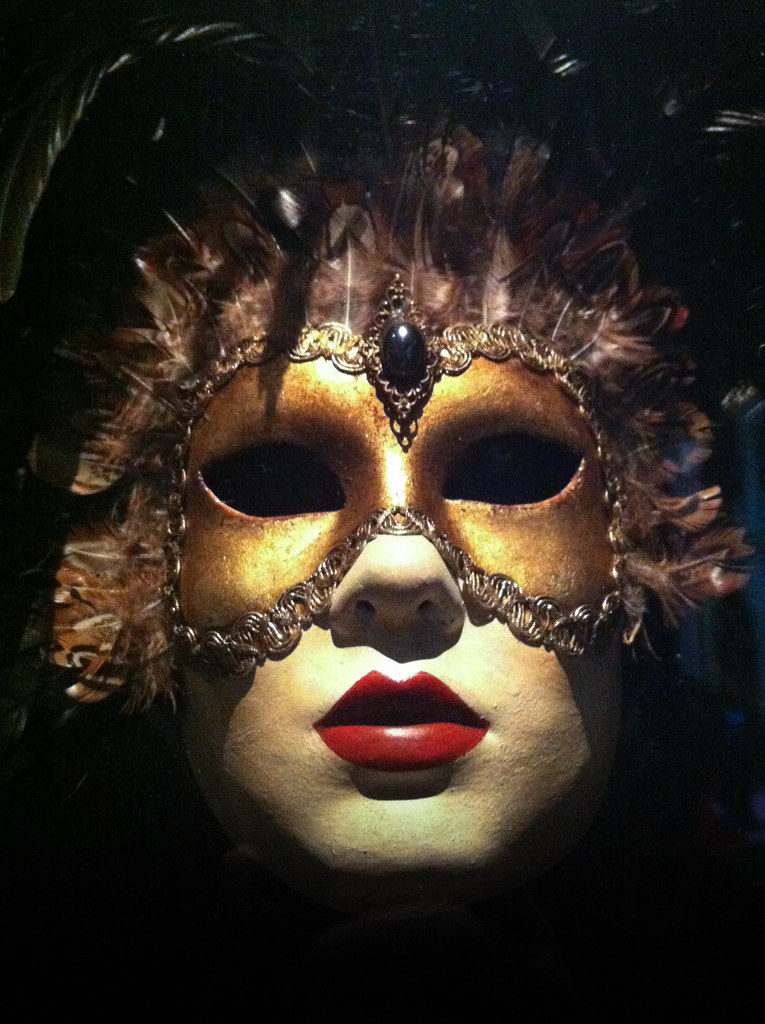 A mask, from Eyes Wide Shut

Stanley Kubrick’s farewell film, Eyes Wide Shut, has turned 20. I reviewed it for a Canadian newspaper on August 9, 1999, and found it not only pretentious and overrated, but something of a snooze. This flick is the last in a series of stylized personal projects for which the director became known. Given the mystique Kubrick acquired or cultivated, this posthumous flop is unlikely to damage the legend.

For all the film’s textured detail, its yarn is threadbare and its subtext replete with clumsy symbolism. The screenplay consists of labored, repetitive and truncated dialogue, where every exchange involves protracted, pregnant stares and furrowed brows. “I am a doctor,” is Dr Bill Hartford’s stock-phrase. An obscure, campy, hotel desk clerk delivers the only sterling performance. This is cold comfort, considering the viewer is stuck with over two hours of Hartford’s halfhearted, libidinous quests.

“Eyes” is really a conventional morality play during which Hartford, played by Tom Cruise, prowls the streets of New York in his seldom-removed undertaker’s overcoat, in search of relief from his sexual jealousy. His jealousy is aroused by a fantasy that his wife Alice—played by then real-life wife Nicole Kidman—relays in a moment of spite, and involves her sexual desire for a naval officer she glimpsed while on holiday. So strong was her passion, she confides, that she would have abandoned all for this stranger.

This confession follows a society party at which the couple flirt unashamedly with others. Kubrick’s view of the professional pecking order is reinforced when Hartford makes a house call to a patient whose father has just died. The woman, body writhing like that of a snake in coitus—is this method acting?—throws herself at him. Sex and death commingle in one of the many larded, symbolic moments in the film. The woman’s fiancé, the geek math professor, is depicted as a lesser mortal than the handsome doctor.

This tawdry tale, obviously, is not about the professional food chain. But neither is it about what Len Blum of the National Post described, in effervescent, stream-of-consciousness prose, as “Attraction. Flirtation. Seduction. Exploitation. Intimacy. Fantasy. Hurt. Revenge.” Because, if it’s erotica that you seek, this movie is as sexy as cold mutton.

Back at the party, Tom is besieged by two randy models. These females also can’t stop writhing like rattlesnakes, their attempts at sexy more phero-moronic than pheromone. Alice, meantime, is doing her own hormonal hop with a Dracula look alike. As they coil around one another, intoxicated, Dracula applies his amorous solvent: “The charm of marriage,” he quips, “is that it makes a life of deception absolutely necessary.” At this point, Kubrick is defanged: he becomes a plagiarist who underestimates his audience, as Dracula fails to credit Oscar Wilde for the witty epigram.

No bash would be complete without the doctor coming to the rescue. Upstairs, decoratively draped over a chair, languishes a victim of a drug overdose. She is nude and post coital. Tom runs ears, eyes and pulse checks and then proceeds to sit by the girl’s side. She pulls through, never to forget the good doctor and destined to return the favor in the next hour or two. She, the Madonna-whore, is another lumpen symbol in this film.

Kubrick’s A Clockwork Orange, released in 1971, was a much better movie. The lead character Alex, inspired by evil but imbued with a love for classical music, does some very bad things. But the moral I took away from this film was that someone who loves Beethoven’s Ninth cannot be all bad. Certainly, listening to “Ode to Joy” was a lot more pleasurable than to “Three Blind Mice,” the minimalist score from Eyes Wide Shut. 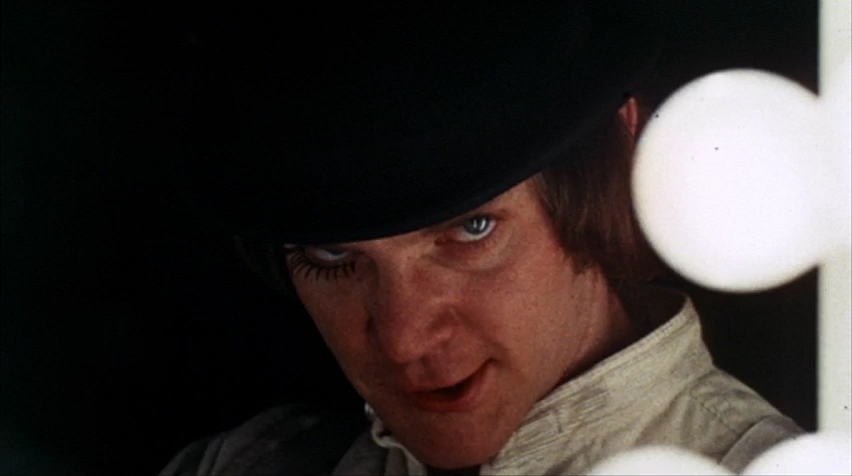 Malcolm McDowell as Alex, in A Clockwork Orange