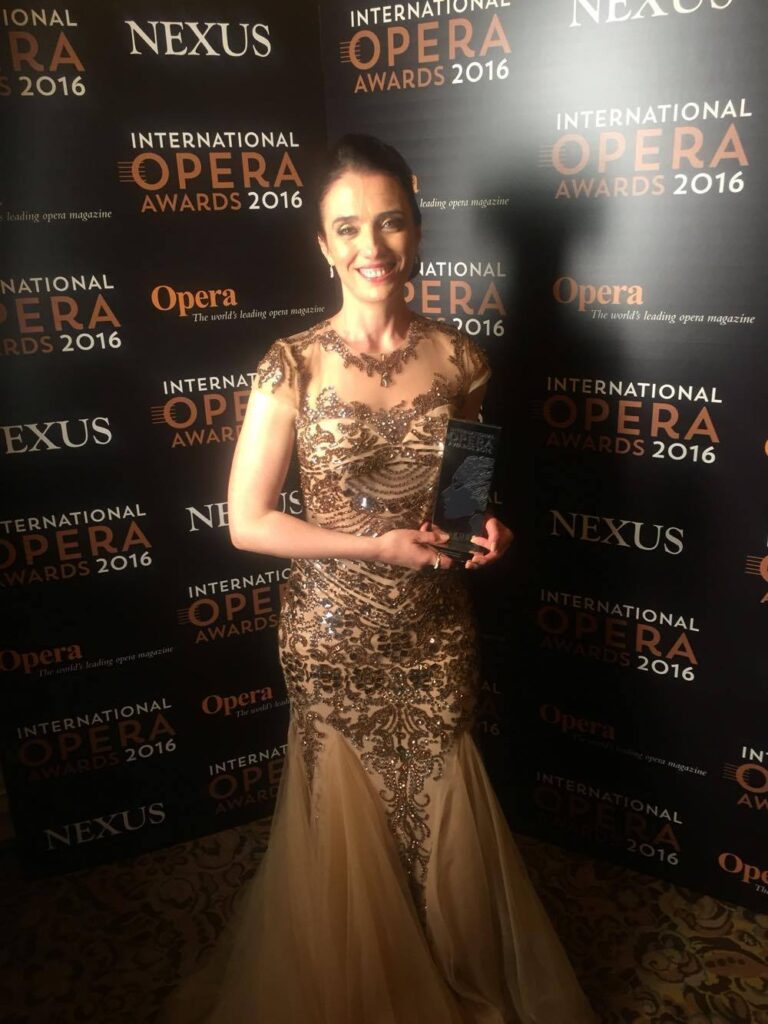 In this edition: opera arias sung by Ermonela Jaho, Art of the Mandolin, choral music from Keble College, Oxford and Clifton Cathedral. Reviewed by STUART MILLSON

We bid farewell to 2020, the year of Coronavirus in which our opera houses and concert-halls have been closed – with four CDs to inspire us over whatever can be salvaged of the yuletide season. We begin, as the curtain rises across the great opera houses of Europe, with Albanian-born soprano, Ermonela Jaho, paying tribute to a fine singer of a bygone age, Rosina Storchio – star of many Puccini and Mascagni productions. Ms Jaho is accompanied by the Orquestra de la Communitat Valenciana conducted by Andrea Battistoni, who is only in his 20s, but who already has a production of La bohème to his credit.

Despite it being a studio recording, there is a real sense of public drama to the proceedings: soloist and orchestra playing as if they are before a vast concourse – with Ms Jaho building an overwhelming tide of drama and anticipation, even though we are hearing just the famous “snippets” and arias from great operas. The album is launched with the ever-spine-tingling ‘Un bel di, vedremo’ from Madama Butterfly – “One fine day, we will see arising a strand of smoke over the far horizon of the sea… And then the ship appears… Do you see it? He’s arrived…” The anticipation that Butterfly’s husband, Pinkerton, will arrive – surely? – is brilliantly conveyed here. Verdi, Mascagni, Leoncavallo, Massenet – all feature on the bill, as well as names not quite so feted, but who deserve more distinction, and certainly receive performances of great commitment here – Boito, Giordano and Catalini. The Opera Rara label deserves acclaim for this recording.

To Deutsche Grammophon next, and an exploration of the Art of the Mandolin, with Avi Avital and guest appearances by fellow mandolin-players, Aron Sariel and Sean Shibe. The glories of the Venetian baroque sparkle in radiant light, in the form of Vivaldi’s Concerto for Two Mandolins in G major (RV 532) – and could Mr. Avital have wished for a more authentic accompanying band of musicians than the Venice Baroque Orchestra? There is, however, no stale reworking of the music of centuries ago: the Vivaldi is played with a bracing freshness – and a broad smile seems to come through the recording, as if the participants have congregated on one of Venice’s squares or bridges to serenade passers-by. The music of Scarlatti also appears on this album, alongside a piece by a contemporary Israeli composer, Ben-Haim – his Sonata a tre – the baroque sound meeting the 20th-century and Middle Eastern influences. All in all, an exciting and pleasing series of musical diversions – with the stamp of Deutsche’s excellent recording techniques most definitely present.

As Advent and Yuletide come upon us, what better way in which to complete the year than with a CD of choral music from Clifton Cathedral, Bristol, entitled – ‘And I saw a new Heaven’. Tavener’s The Lamb is sung with great tenderness, as is John Rutter’s The Lord is my Shepherd – and the voices also prove themselves more than equal to Bruckner’s motet, Os Justi. Clifton’s choral forces consist of 40 voices, and they manage the transition from the small-scale Bruckner, to the grand heights of Parry’s Jerusalem most convincingly – especially in the intriguing arrangement on this disc, in which the musicians of the Lochrian Ensemble provide a chamber-like adornment; their harpist giving this most noble of English hymns a feel of Celtic twilight nostalgia and fading light – or perhaps a garland of West Country spring flowers?

Finally, the echoes of the church-music tradition across the ages are celebrated in a new disc from the choristers of Keble College, Oxford – ‘Carols and music tracing the Journey from Christ the King to Epiphany.’ The plainsong Ave maris stella conjures a vision of candlelight in mediaeval churches – the stillness of a holy night – and the hymn, Lo! He comes with clouds descending will, surely, give any listener – Christian or agnostic – a sense of hope, so convincing – so heartening is the music and message. The yuletide folk-feel of The Cherry Tree Carol is a tribute to the late Sir Stephen Cleobury – associated for nearly four decades with the annual Festival of Nine Lessons and Carols at King’s College, Cambridge – and it is here that the listener may wish to pause the CD, walk to the kitchen and begin warming the mulled wine.

Other  composers and arrangers of our time also make an appearance, with Lullabybaby by Richard Rodney Bennett, I wonder as I wander by Swiss composer, Carl Rutti, Look up, sweet babe by Sir Lennox Berkeley – and finally, Ave Rex angelorum, an anonymous mediaeval text set by Sir John Tavener;

With such a recording, may be assured of a peaceful Christmas, with much hope for the New Year.