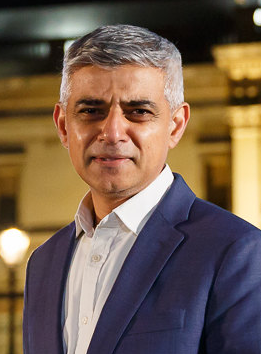 Dave Hill is the veteran Guardian writer and commentator who describes the London battle fought between ‘the son of a bus driver versus the scion of a settled family’. This David versus Goliath theme was played by Labour for all its worth. Hill sketches the background of the two candidates but he omits certain significant facts. As the author himself admits, this book is unquestionably pro-Khan.

Zac Goldsmith never came across as a serious contender and was depicted as a ‘toffee nosed toff’. His aloofness did little to counteract this caricature. Khan, ever the opportunist, had already outmanoeuvred David Lammy and others who might have made more convincing candidates. Tessa Jowell was not the winner she was thought to be but Hill does not mention how her credibility was compromised by the follow-up to the Olympics and the eroding ‘legacy’. She was also damaged by her husband David Mills’ connections to Berlusconi. Nor did the fact that David Mills’ brother John has been a major donor to Labour help.

Much has been made of the targeting of Khan because he is Muslim in what was characterised as a ‘disgraceful’ campaign. But it could be argued that the contest was not ‘dirty’ enough in that certain troubling aspects of Khan’s cv (which Hill indicatively fails to mention) were never exploited by Goldsmith. Indeed, a briefing entitled Sadiq the Record of Shame (seen by QR) was circulated to his opponents but even the UKIP candidate Peter Whittle did not use it.

As a solicitor, Khan represented some disreputable figures, notably Louis Farrakhan and the former senior policeman Ali Dizaei, now serving a prison sentence. Dizaei, who is of Iranian origin, claimed to be ‘black’ (sic) and used accusations of ‘racism’ to advance his career.

Khan was formerly chair of Liberty but as soon as he became an MP, he voted for ID cards and control orders. The high priestess of principle Shami Chakrabarti condemned this volte face. But now that she is shadow Attorney-General will she eventually do the same?

Khan is careful to build up power bases, becoming the legal affairs officer of the Muslim Council of Britain. Subsequently he was chair of the AML (Association of Muslim Lawyers). This was before he became chair of Liberty, in a move engineered by Louise Christian, his law partner.

Khan was one of a triumvirate who finally appointed Shami Chakrabarti as director of Liberty. They soon regretted their decision when Chakrabarti forced Khan and three colleagues out. Khan then concentrated on his political career in Wandsworth and his selection as MP. In due course, he received the endorsement of Ken Livingstone and Doreen Lawrence, a Liberty executive member and Labour peer.

There is no doubt that Khan’s local mosque in Tooting was host to several firebrand extremists. No proof has been presented that Khan was directly linked to these figures. But did he sufficiently condemn them? Khan has advocated special recognition of sharia inheritance laws. ‘This is not the thin end of the wedge’, he claimed, somewhat unconvincingly. He also argued for Treasury exemptions for sharia mortgages stamp duty. Neither the NSS nor any of the other erstwhile ‘secular’ organisations raised the issue.

As candidate for Mayor, Khan claimed to be pro-business, because he had been a ‘partner in a small firm’. He did not mention that this partnership was with Louise Christian, the firebrand left-winger and one-time candidate for the short lived Socialist Alliance. When Khan left this law firm to become an MP, they reportedly parted on acrimonious terms.

Hill’s book fails to address certain key issues. London may be a ‘world city’ but it also has the highest concentration of poverty in Western Europe. Both of the candidates in question chose to ignore this. Why was it, likewise, that Boris Johnson, in his eight years in office, never raised any of the issues which concern many Londoners, notably disproportionate levels of crime in certain communities, illegal immigration and an over-concentration of asylum seekers. At the hustings on housing organised by the Labour Housing Group the disproportionate number of illegals in London was never mentioned. Was this because one of their officers specialised in housing refugees?

Contra Hill, the Mayor has little formal power although Ken Livingstone claimed that he had the moral authority to demand more tax raising powers from central government. Indeed, the Mayoralty, supposedly the ‘most powerful directly elected job’, was created by Labour as part of a long-term plan to eventually close down local government. The budget is largely spoken for and cannot be raised. This whole system was created by bureaucrats and academics to ensure that the Mayor does not have enough power to make radical changes. The Assembly has only one power similar to the EU Parliament and this cannot be used except in extremis: to reject the budget entirely.

If the Mayor has limited power, the Assembly has even less. Indeed, it was deliberately set up this way. Lots of responsibilities but little power, especially power to raise taxes even when necessary. So the unanswered question of Zac versus Sadiq is this. What precisely is the point of having a Mayor? The mayoralty has in fact become a pulpit for aspirants to Labour or Conservative leadership. Khan is reportedly building up a power base to eventually challenge Corbyn.

One reason why Khan was chosen as candidate for mayor by Labour was because one third of voters in London are Muslim, at least nominally. He has accordingly made seemingly plausible promises on housing which are impossible to keep. And although he was apparently prepared to ‘alienate’ his Muslim supporters by endorsing gay rights etc., he knew full well that Muslims would still vote for him. The Conservatives also played with identity politics by tailoring leaflets to particular identity groups. But this backfired and there is no evidence that any such group was successfully mobilised by the Tories.

So identity politics won, with an emergent, American style politics in which client groups have to be mollified. Hill has done a commendable albeit partisan job but he remains silent on this key issue. Instead of diversity making origins irrelevant, London politics looks set to be dominated by identity. Welcome to the ‘greatest city in the world’.