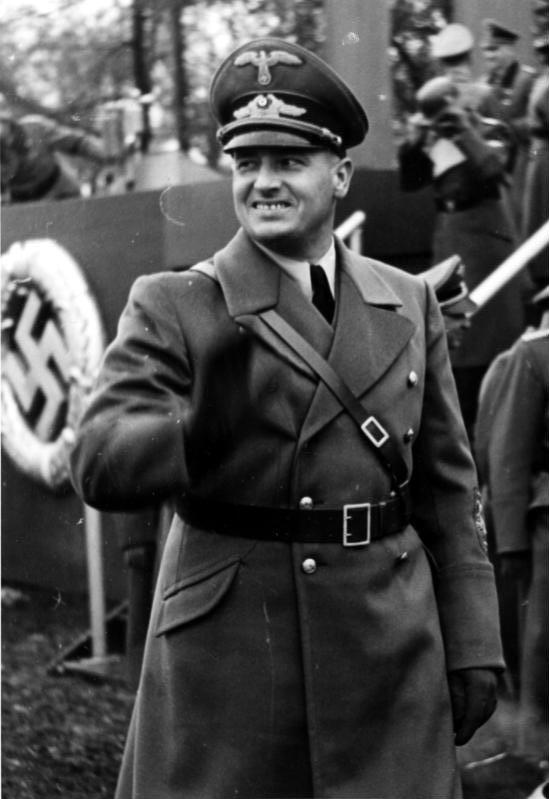 What our Fathers Did: a Nazi Legacy, Wildgaze Films, BBC Storyville & BFI, 2015, directed by David Evans, reviewed by Leslie Jones

Introduction
“This” film, so we are informed, “is the story of a relationship” between three people, namely Niklas Frank, Horst von Wächter and Philippe Sands. Of these three individuals, Sands seems the most composed. An eminent international lawyer specialising in matters pertaining to genocide and crimes against humanity, he lost many of his relatives in the Holocaust. Niklas, a former journalist, is the son of Hans Frank, who was Hitler’s lawyer and head of the Generalgouvernement in occupied Poland. Horst is the son of Baron Otto Gustav von Wächter, Governor of the Kraków District, from October 1939 to January 1942 and subsequently Governor of Galicia, from January 1942 to 1944. A lawyer and sometime Austrian rowing champion, Otto von Wächter was a Gruppenführer in the SS, having joined the Nazi Party early on, in 1930.

Horst von Wächter
The fourth of six children, he was born in 1939, and named after Nazi “martyr” Horst Wessel. He lives in the Schloss Hagenberg in Austria, a sprawling edifice dedicated to the god of numbers. Sands met Wächter for the first time there and was understandably apprehensive about the visit. His host showed him numerous photographs of members of his family, including one of his father, standing alongside Himmler. In another of Horst’s photos, we see him as a small boy, while staying with the Frank family in Der Schoberhof, their summerhouse in Bavaria. Niklas Frank, also born in 1939, appears in the photo.

The one time in the film that Horst displays overt emotion is when he recalls how the family home shook when enemy planes dropped no longer needed bombs in the nearby lake. After the war ended, everything seemed finished, according to Horst, notably his hitherto happy life. His father had gone into hiding, never to return. Horst’s mother Charlotte, an unrepentant Nazi, wanted him to become a lawyer and thought that his father’s friends could easily arrange a professorship for him at Salzburg. But he demurred. He wanted to serve, to do penance and he worked for a painter and architect named Friedensreich Hundertwasser. The fact that Hundertwasser was Jewish appealed, which bespeaks a degree of guilt concerning his father’s career.

Niklas Frank
Horst von Wächter is a shy and diffident person. Niklas Frank, in contrast, is an embittered, angry individual. Between the ages of fifteen and seventeen, he drew disturbing pictures of Nazi atrocities in occupied Poland. He hated his neglectful mother Brigitte, the self-styled “queen of Poland” but was close to his nurse Hilda. During the German occupation of Poland, he lived in Wawel Royal Castle, in Kraków. He saw the Jewish ghetto from a chauffeur driven Mercedes and claims that his mother “shopped” for furs there. His parent’s marriage, by this stage, was unhappy but Hitler forbade a divorce until after the war. Niklas Frank’s hostility to his parents is evidently attributable to emotional as well as political factors. He craved his father’s affection but he can only recall one gentle experience with him. It seems that Hans Frank could not love Niklas because he suspected, incorrectly, that he was not his son*.

Niklas acknowledges that his father appreciated great art and literature, notably Goethe and Shakespeare. The Lady with Ermine, by Leonardo da Vinci, stolen from a nearby museum, was prominently displayed in Wawel Castle. But Niklas contends that as a Catholic, his father knew that he was committing war crimes but was too cowardly to oppose them, too intent on pleasing Hitler. He believes that his father deserved to hang and always carries a photo of the corpse with him, “To be sure he’s really dead”.

Interactions between “friends”
“There was a deep well of good will between Philippe, Niklas and Horst”, maintains film director David Evans. We were not convinced. “Why did you introduce me to Horst”?, demand Sands at one point. Indeed, there are several passages in What our Fathers Did in which Frank and Sands clash with Horst, when he persists in depicting his father as an essentially good man, albeit a product of troubled times.

Sands’ grandfather lived in L’viv/Lemberg. In one telling scene, the three men visit the ruins of the Golden Rose Synagogue, which the Nazis burned down. Another memorable scene is set at the site of the mass grave of three and a half thousand Lemberg Jews. And in yet another, the three “friends” attend the former Parliament of Galicia, where in 1942, both Hans Frank and Otto von Wächter made bombastic speeches, following the gross action against the Jews of that year. In each of these episodes, Sands and Frank encouraged Horst to condemn his father for war crimes. To no avail. Niklas concedes that he likes Horst but he does not like his thinking. An exasperated Sands, likewise, confides that Horst “fills me with despair”. “What is really motivating you?”, he demands. 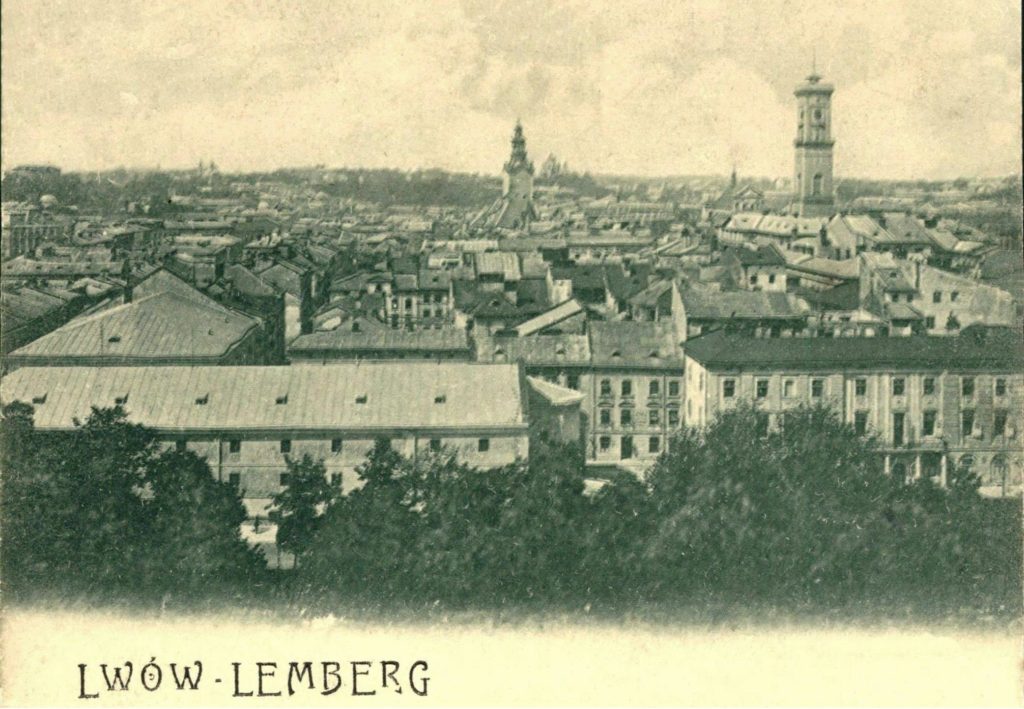 Conclusions
In a 2012 interview with Opera Mundi, Horst stated that he undertook a study of the history of the German occupation of Poland in order to do “justice” to his father, to repair (“fix”) his families’ reputation. Between 1941 and 1942, there were profound divisions within the Nazi hierarchy concerning how best to treat the occupied populations of the East. These disagreements are highlighted in Jonathan Littell’s epic novel about Operation Barbarossa, Les Bienveillantes (2006). Alfred Rosenberg was head of the Ministry for the Occupied Territories of the East, or Ostministerium. In the novel, Dr Otto Bräutigam, one of Rosenberg’s chief advisers, remarks, “Minister Rosenberg and the political department of his ministry, have, since the beginning of the campaign, advocated a very clear line; only an alliance with the people…oppressed by the Bolsheviks will enable Germany to destroy the Stalinist system” (my translation). Rosenberg did not share Hitler’s racial prejudice against Ukrainians.

As Governor of Kraków and, subsequently, Governor of Galicia, Otto von Wächter, accordingly, encouraged anti-Communist opinion. He opposed plans to Germanise Lemberg which would have entailed the expulsion of its existing population. He also organised a Waffen-SS division, SS Division Galicia, recruited from the Ukrainian population of Galicia. In the aforementioned Opera Mundi interview, Horst claims that his father opposed the policy of wide scale terror pursued by Friedrich-Wilhelm Krüger, Higher SS and Police Leader in the Generalgouvernement.

Ultimately, however, these were disagreements about how best to win the war. There were no comparable disagreements within the SS or Nazi hierarchy about how best to treat the Jews. Horst contends that his father was not in Lemberg/Lwów on August 15th 1942, that jour fatidique when the Jews in the ghetto were deported to Belzec. But even if he wasn’t, so what? Whereas Niklas Frank has been damaged by his father’s lack of affection, Horst von Wächter loves his father far too much. For as Don Draper observes in Madmen (the carousel scene), “nostalgia literally means the pain from an old wound”. Draper also refers to “a place that we ache to go again, where we know we are loved”. In Horst’s case, that place is his childhood and nostalgia has clouded his judgement.

* Editorial comment; indeed, in appearance, Niklas Frank is the spitting image of Hans Frank. Contrary to reports in the gutter press, we “know a hawk from a handsaw”.