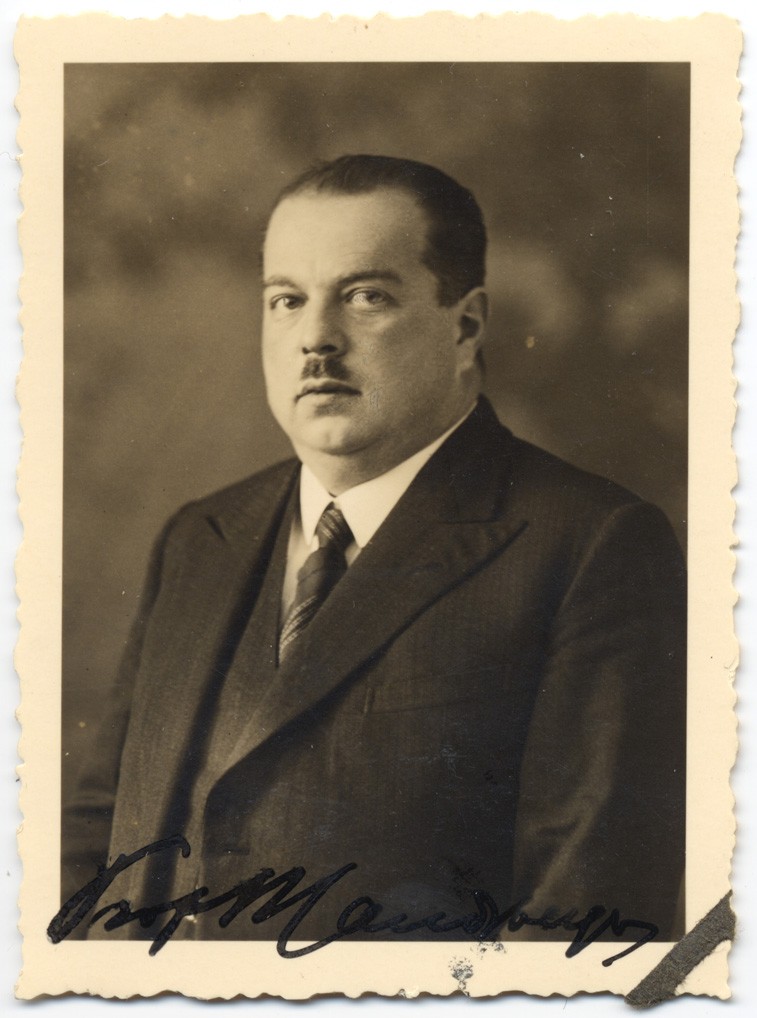 Assyriologists in recent times have ruminated on their own discipline. Historical sketches of notable characters, and depictions of the start-up of specialized journals and cuneiform series, have prompted scholars to think long and hard about their roots and origins. The number of articles written on these topics is accumulating. The field is not large. But certain figures do stand out.

Benno Landsberger (1890-1968) was a pioneer of Assyriological studies. He stood atop the field of Sumerian and Akkadian lexicographical researches in his day. Even an encyclopedic scholar like W.F. Albright (1891-1971) described him as “incomparable” (BASOR Apr.1957; p.35). Landsberger (BL) held notable Professorships; his writings are known within a small circle of scholars. A much smaller circle inside that one includes handfuls of erudite men and women who are equipped with the knowledge to penetrate the cuneiform mysteries of Mesopotamian worlds. BL was a student and disciple of Heinrich Zimmern (1862-1931), a distinguished Assyriologist who went his own way in his researches, and whose scholarship BL preferred to the erudition of Friedrich Delitzsch (1850-1922).

Possessing an unfettered intellect, few branches of Assyriology went unaffected by his painstaking researches. Because of them, doors were flung open to him. His long career was not without honors. Students and colleagues stood in awe of him. A bibliography of his works appeared in the Journal of Cuneiform Studies (1950), Vol. IV, No. 1, pp.1-62. He was celebrated in another forum in the Journal of Near Eastern Studies (1960), No. 19. A festschrift entitled Studies in Honor of Benno Landsberger on his Seventy-Fifth Birthday: April 21, 1965 was issued later. His work is still frequently cited in footnotes because he channeled his genius into his many articles. Each of them was authoritative: his method of exposition and research being to fully explicate and document his sources. And his technical annotations were never immaterial to his topic. e.g., see ‘Remarks on the Archive of the Soldier Ubarum, in Journal of Cuneiform Studies (1955), Vol. IX, No.4, pp.121-131.

In this learned pamphlet written by Luděk Vacín (LV), we learn of the pedagogical factors that shaped BL and his penchant for the study of ancient inscriptions. LV does not assess his work however, or spend much time describing it.

This research was initiated to commemorate the 50th anniversary of BL’s death. Originally it was proposed that it would be brief article of 10 pages or so. It grew. Now in roughly 100 pages LV has charmed readers with background information that could not be known apart from rummaging through old papers and archives. The search yielded material that is useful for forming opinions about BL that otherwise could not be constructed. The embryo of pure scholarship in which he engaged materialized early in life.

BL was born into a Jewish family. His father was influenced by the Haskalah (The Jewish Enlightenment movement), which emphasized secular intellectualism, at times to the exclusion of religious learning. In his formative years BL undertook to a rigorous course of study in the sciences. He also studied German literature and Greek and Latin. He received a solid but traditional Jewish elementary education, learning Hebrew and mastering biblical texts.

The matter regarding ‘why BL early on inclined toward Assyriology’ is not yet settled. LV suggests that learned rabbis in BL’s youth might have induced in him a desire toward Assyriology (p.21). Others have suggested that he was attracted to Assyriological studies by the prevalent Babel-Bible controversies of that day (p.22). Friedrich Delitzsch had given some popular lectures that claimed Judaism was not unique but had derived its religion and legal precepts from Babylonian sources. Unlike his scholar/father Franz Delitzsch (1813-1890), Friedrich denied the validity of much of the Old Testament’s content. Upon the completion of his university studies, BL stood against Friedrich’s comparative views, conceiving a plan to study Mesopotamian material on its own basis (see The Conceptual Autonomy of the Babylonian World, the 1976 translation is an English version of his 1926 article). BL minimized the value of Delitzsch’s use of parallels whenever he contrasted it with the work of his mentor Zimmern (pp.29-41).

With the exception of a handful of scholars in France, Germany’s leadership in Assyriology was evident to everyone throughout Europe. Teutonic Scholars were strides ahead of most of their continental peers. This fact was indicated by the large numbers who transferred to Germany’s universities for academic study. BL received an excellent training in ancient Near Eastern studies at Leipzig. Chapter 5 is a bald, brief and ineffective survey. It lists a few names of his instructors along with photocopies of pages from BL’s study notebooks. It is good to learn that his dissertation was on ‘the cultic calendar of the Assyrians and Babylonians’, but information about his professors’ publications and specialties, curricula and syllabi might have provided a more substantial context for understanding BL’s university preparation.

Afterward, several Professorial posts became available to BL, one as early as 1919. Having accepted a Professorship in Marburg in the autumn of 1929, he declined an invitation soon thereafter to become a lecturer in Assyriology in Israel’s Hebrew University (p.58). But BL displayed no aversion to change, so in October 1929 he became Professor of Oriental Philology in Leipzig. Forcibly retired from this post by the Nazis in 1935 (p.65), he took a position in Ankara, Turkey, where he “published significant works, often related to the ancient history of Anatolia” (p.71).

He also published three valuable essays in Turkish on the Sumerians during this period. These times were difficult. Neither he nor his family passed through the Holocaust unscathed (p.85). In chapter 8 LV reveals personal details about the aid BL provided for former students. New light is thrown on these relationships by letters. He was more than a friend to some of them, taking upon him a fatherly role at times. BL relocated to Chicago in 1948 (p.96) to work on The Chicago Assyrian Dictionary. Over the next two decades his reputation enjoyed a meteoric rise. LV’s treatment breaks off with BL’s departure from Ankara in 1948.

New horizons awaited him in Chicago. It is a narrative which remains to be told by someone familiar with the academic atmosphere of the Oriental Institute of that day and with time to scour through a mass of archival material extant there at the university (p.106). That nachlass will yield a thousand new insights for future biographers. BL exemplified the highest ideals in Assyriological scholarship. Memories of him abide, even though in his research he abided by no bookish stereotype. Decades later his work still retains its permanence. LV’s sketch only considers facets of BL’s earlier career; but for all that he supplies readers should be grateful.

1 Response to Getting to Know Benno Landsberger