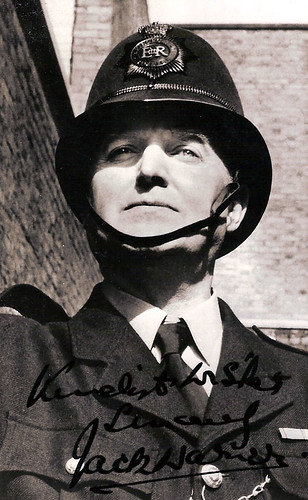 A hairdresser in a working class district can be a good source of information whether you want to hear it or not. Apropos of nothing much mine began to tell me that among her customers the people she sympathised with most were young men. She is a fifty something woman with a son in his twenties and it was this group to which she was referring. She went on to elaborate, describing how a man of her son’s age might get himself into a relationship leading to cohabitation and in due course a child. (Marriage doesn’t seem to be a priority among this group). Subsequently the female tires of the relationship and decides she wants rid of the man. According to my hairdresser the man had better leave or else (more of this in due course). If he is lucky there will be a parent willing to take him in otherwise he may be reduced to sleeping on a friend’s sofa.

Of course my hairdresser’s account was purely anecdotal, the result of listening to the woes of the various customers who for years have been coming to her for a haircut. The idea of a single mother and her ‘vulnerability’ making her a priority for welfare services is well known but it prompts the question: how far has the state gone into domestic relationships and gained the legal leverage to do so?

In December 2019 the BBC reported that arrests for ‘Coercive Control’ had risen in North, South and West Yorkshire. Police had made 290 arrests in 2016 but by 2018 this had risen to 931. Coercive Control became a crime in 2015 and has evidently become a whole new growth area in policing. They are also fishing for victims in areas that might be ‘under represented’. Superintendent Shelley Hemsley of South Yorkshire Police believes that men and LGBT people may find it particularly hard to come forward. A further report by the BBC based on a survey of 33 police forces showed a total of 7304 arrests between January 2016 and July 2018 but only 1157 ended with someone being charged. The Home Office reported 235 successful convictions, suggesting an awful lot of arrests and relatively few outcomes.

Back in 2016, the BBC also reported that front line police officers are being trained to spot the signs of coercive or controlling behaviour. This makes one wonder how a couple of police officers called to a ‘domestic’ can assess the situation in a short space of time and differentiate between an argument which has got out of hand and long running Coercive Control. Based on the figures cited above they mostly can’t. Domestic arguments between couples can arise for a variety of reasons. They may be spur of the moment or the result of a long running dispute. They may even have been brought about by extraneous factors, yet somehow a police officer has to make an assessment in a short space of time. Judging by the number of arrests, set against the low number of prosecutions and convictions, officers prefer to take the risk averse approach.

Coercive Control is hard for an outsider to recognise particularly for someone with no understanding of the dynamics of a relationship. An example of how ridiculous it can get was reported in the Sun last June. Valerie had been nagging her husband about his failure to do housework. He had become obsessed with bodybuilding which caused him to abandon domestic matters. She tried leaving notes in the forlorn hope that he might take the hint and do some work around the house. It seems this approach had an adverse effect on his well-being which was noticed by staff at the Job Centre where he had gone for an interview. The result was that four police officers arrived to arrest Valerie on suspicion of exercising Coercive Control. Her house keys were confiscated and Valerie had to go and live with her mother. Fourteen months later at Teesside Crown Court Valerie abandoned her not guilty plea in exchange for a two year restraining order. This was somewhat academic since 17 hours in police custody effectively killed the marriage and Valerie was reported to be seeking a divorce.

There is no doubt that Coercive Control exists and should be taken seriously. However, given the number of arrests and paucity of convictions the police may be doing more harm than good. Officers taking a spouse or partner into custody pave the way for domestic disruption and weeks of uncertainty waiting to hear if charges will be laid. Pushing the matter up the chain of command protects the officer but may leave behind a relationship which is now beyond repair. A well intentioned piece of legislation designed to protect the vulnerable may be having unforeseen consequences. Behind the scenes a whole new pseudo science has grown up. One website offers ‘Ten Ways to Spot Coercive Control’. In another the figure expands to twenty. Imagine being a police officer having to decide in minutes whether there is a pattern of behaviour or something which has been worked up in the course of a single argument. Arrest first and let someone else decide may be safer.

Evidently the government feels the 2015 Act doesn’t go far enough although arguably five years of enforcement suggests some research and an impact assessment should now take place. In the pipeline is a new Domestic Abuse Bill which will establish the office of a ‘Domestic Abuse Commissioner’. Doubtless when the new commissioner is in office, complete with secretariat, research assistants and statisticians, we can expect to hear that the police ‘aren’t doing enough’ as another state official pries into private lives. Additionally domestic abuse offenders are to be subject to polygraph testing as a license condition following their release from custody. A device which featured on the ghastly Jeremy Kyle Show will have the mantle of official respectability.

Following on from the hairdresser’s remarks, an acquaintance of mine of the age she had been talking about had been going through a rough patch with his live in girlfriend. Recently he took a ‘number withheld’ call on his mobile phone and found himself speaking to a police officer. He was informed that his girlfriend had made allegations and wanted him out. She had packed a bag for him and officers were waiting at their home to see that he left. Of course I only had his version of events to go on. Even so, it would seem that police involvement in domestic affairs has moved to a new level. Based on one person’s version of events they are prepared to exercise some Coercive Control of their own and in effect, carry out an eviction.