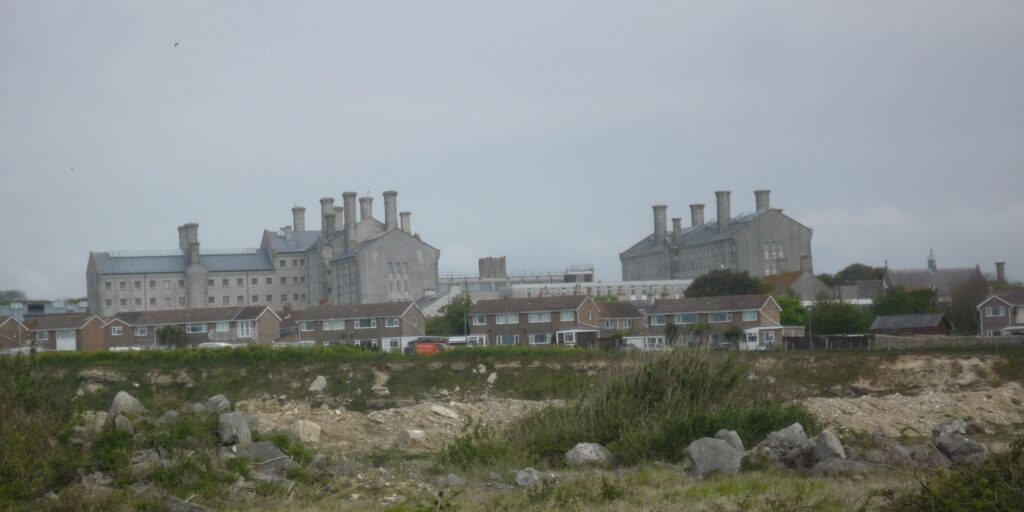 Bill Hartley goes back to Borstal

The North East of England hasn’t attracted much attention amidst the sex abuse investigations of the past few years. This may be because retired politicians, former field marshals and sundry show biz types prefer the banks of the Thames to the Tyne when seeking a retirement home. However there is an investigation of considerable scale under way which is absorbing significant resources in Durham Police.

For most of the twentieth century the main custodial sentence for young offenders in Great Britain was Borstal Training. This ended in the 1980s with the introduction of the Unified Custodial Sentence. Unified in the sense that two sentences for young people were merged. The other was Detention, which had been introduced in the late 1940s when the government of the day decided that a shorter more vigorous form of custody was required. Its last gasp so to speak was Home Secretary Willie Whitelaw’s ‘short sharp shock’ regime.

To cope with this sentence a network of old country houses was pressed into service via the simple expedient of throwing fences round them. Many still exist today though the likes of New Hall, Foston Hall and Buckley Hall now have much different roles.

One detention centre that didn’t survive was Medomsley near Consett in County Durham, which opened in 1961 and closed in 1988. In 2003 Neville Husband a former senior officer in charge of Medomsley’s kitchen was sentenced to ten years for sexually abusing detainees. Subsequently Leslie Johnson a storeman was jailed for six years. Both men are now dead but the legacy of this long vanished regime is still with us and the behaviour of these loathsome individuals has prompted an investigation by Durham Police. It seems abuse in institutions is now haunting the Prison Service. Recently the former Kirklevington Detention Centre near Yarm has come under scrutiny and the ‘no win no fee’ solicitors are circling.

Detention centres were strange places. For instance at New Hall in the 1970s you could find teenage boys employed in hand loom weaving. The authority and leadership of the man in charge was important but this was sometimes lacking. The men running these places were known as wardens rather than governors. The reason being that a detention centre was a singleton post. No other governor grade worked there, meaning the second in charge was a chief officer and in those status conscious days it wouldn’t have done for a chief to go round calling himself deputy governor: the equivalent of a sergeant major feeling entitled to drop into the officer’s mess. For some the post of warden was a career dead end; a job dished out as a consolation prize before retirement. For others it was a step to be taken rapidly on the career ladder before one became too closely associated with life in a backwater.

The warden had an undemanding job. To a considerable extent these places ran themselves. All the baggage now associated with managing an institution was yet to come. Performance targets, health and safety, diversity initiatives, the Equalities Act and frequent visits from senior management, didn’t appear until years later. A good warden could keep a grip on the place by devoting time to what used to be called ‘management by walking about’. Some wardens did this effectively; recognising that such a small establishment (often with fewer than a hundred detainees) meant they could see almost everyone in the course of a week and back then visibility was important. There were dedicated individuals who did this in much larger establishments. The work and influence of such people as Alexander Patterson and Sir Almeric Rich, who pioneered the treatment of young people in custody, was not quite dead in the 70s and 80s.

Others were far less enthusiastic. The story used to be told of a warden at a Midlands detention centre who took his regional director on a tour of the rambling country house and was so unfamiliar with the layout that he got lost and had to ring the alarm bell so they could be shown the way out. For the more career minded, leaving the shop for the chief to look after whilst they raised their profile at meetings and conferences was easily done.

These places were run much more robustly than would be tolerated today. Corporal punishment in prisons had not long been abolished and in detention centres rough handling and a slap could be routine. Such behaviour cannot be justified but of course will not now be seen in the context of the times. Abuse has become a very elastic term (but didn’t stretch to investigating what was happening to young girls in Rochdale and Rotherham). However police are on safer ground investigating abuse in an institution and now two constabularies are devoting significant resources to this.

Whether or not a warden was providing a presence and leadership, there were other checks and balances. For example HM Inspectorate of Prisons found nothing untoward at either Medomsley or Kirklevington and like all Prison Service institutions, detention centres had their Boards of Visitors. These were lay people issued with keys who could enter when they liked and go where they wished. The Board was also required to submit a report to the Home Secretary each year. Even so a cunning individual could find scope to operate. Husband was a caterer in charge of the kitchen and Johnson a storeman. Both jobs were lightly supervised and ideal for an abuser.

Any institution can harbour a menace in its midst as the Jimmy Savile and other cases have shown. The convictions of Husband and Johnson reveals that Medomsley had them too. But seventy police officers on the case? The Durham Police investigation began in 2013 and so far there have been no charges, merely two arrests with the suspects being released on bail. The latest update on the investigation talks vaguely about discussions with the Crown Prosecution Service. Altogether 1275 people have come forward claiming to have been abused in Medomsley. Not bad for an institution which could hold only 75 detainees. It has been variously reported that between one third and one half of these claim to have been assaulted by Husband. Police say they have heard stories which they describe as ‘horrific’. They must be sensitive souls in Durham CID. A while back the police were talking excitedly about an ‘organised paedophile ring’ at Medomsley. This has been quietly dropped and has presumably gone the way of the ‘VIP paedophile ring’ which had the police investigating a (dead) former prime minister. The whole tone of official police language suggests an acceptance of what they are being told as fact. Eventually though this investigation is going to run into the buffers of a CPS evidence test

Cleveland Police have just begun to look at Kirklevington. As the BBC pointed out this is a constabulary with the rare distinction of having had both its chief constable and deputy chief constable sacked, as well as being criticised by the Independent Police Complaints Commission for a ‘host of investigative failures’. Two of Cleveland’s recent major enquiries have cost four and seven million pounds respectively, so far without result. A constabulary out of Mack Sennett Studios is poised to go down the same route as its neighbour.

Elsewhere there is a sign police are finally beginning to realise that large scale investigations into historical abuse allegations, based on an automatic belief that a complainant is telling the truth may not be the best way to proceed. Recently the Commissioner of the Metropolitan Police announced that a retired high court judge will examine procedures. Whether this influences other constabularies remains to be seen. Or will the short sharp shock regime of thirty years ago continue to absorb a disproportionate amount of police resources?

5 Responses to In Detention