Daniel Kramer, the dynamic and controversial American-born director (recently appointed artistic director of ENO) took charge of this production of Tristan and Isolde, which was totally refreshing and, in some ways, equates with Katharina Wagner’s current production of the same work at Bayreuth. And just like Fraulein Wagner, Kramer doesn’t mind taking chances employing new ways in which to explore this masterful work.

Known for the striking visual material and the emotional intensity of his work, Mr Kramer shrewdly engaged Sir Anish Kapoor as the set designer which more than complemented his bold and striking production ideas while the rest of the creative team duly delivered the goods in an honest and forthright manner: Christina Cunningham (costumes), Paul Anderson (lighting) and Frieder Weiss (video designer).

Kramer is relatively new to opera, though. He only entered the genre eight years ago directing Harrison Birtwistle’s Punch & Judy which won the South Bank Show Award for Outstanding Achievement in Opera for ENO’s Young Vic season in 2008. This was in striking contrast to his production of Bartók’s Duke Bluebeard’s Castle (ENO, 2009) in which Kramer drew influences from the Austrian-born national, Josef Fritzl, who held his daughter captive for nearly a quarter of a century. The production – with scenes of murder, violence and incestuous rape – was not that well received and was likened to a ‘snuff-porn’ movie.

A good or a bad start to his opera career? Hopefully, in his new role at ENO, Mr Kramer will go from strength to strength and engage spirited and innovative directors to elevate ENO’s productions to a higher artistic level.

The first act of Tristan, however, was highly impressive, not just musically speaking but visually, too. When the curtain rises one is greeted by a giant pyramidal-shape structure representing Tristan’s ship compartmentalised in three substantial sections.

Here we meet a raging Isolde, sung by the American-born soprano, Heidi Melton (making her ENO début), strutting madly about the deck no doubt conjuring up love potions and poison (remember, she’s the daughter of a witch) aided by her lady-in-waiting, Brangäne (Karen Cargill), sailing against her will to England to be the bride of King Marke of Cornwall (Matthew Rose). He’s protected against all and sundry by the Cornish knight, Melot (Stephen Rooke), who also fancies the lovely Isolde.

But when she demands the presence of Tristan (Stuart Skelton) – the one she really desires – he’s too busy engaged in his duties as ship’s captain and, therefore, Tristan’s trusted servant, Kurwenal (Craig Colclough), acts as the go-between liaising with Brangäne to achieve her mistress’ aims.

In striking contrast to act one, part of the scenario of the second act is played out in a mental hospital (Fraulein Wagner’s equivalent scene was set in a prison exercise yard) with a team of paramedics (King Marke’s henchmen) observing the lovers tightly strapped to their beds after their famous love duet and being regularly injected to keep them calm, apart and under tight surveillance.

The tension is achingly and slowly brought to breaking-point as Tristan tries in vain to reach out to his beloved Isolde one last time. And the deeply-etched ending focuses on a distraught Isolde shielding Tristan’s dead body with King Marke coming to forgive and unite them but, of course, arriving too late in the process.

The strong, confident voice of Australian-born heldentenor and superstar, Stuart Skelton (Tristan), was magnificent throughout and his voice cut through Wagner’s ravishing score. He is no stranger to the role, which he performed for the first time at Baden Baden in March under Simon Rattle.

Skelton’s performance, however, was equally matched by the English-born bass, Matthew Rose (ENO’s Claggart in Britten’s Billy Budd, 2012), who delivered a commanding and confident reading of King Marke while the American-born dramatic soprano, Heidi Melton, who has been feted in some quarters, lost a bit of vocal shine over the course of the evening.

The critic of La Presse commented that Ms Melton ‘is the Wagnerian voice we’ve been waiting for since Flagstad and Nilsson’ while the San Francisco Chronicle said that ‘she possessed a voice that’s big, gleaming and tonally resplendent’. Encouraging (and strong) words, indeed. 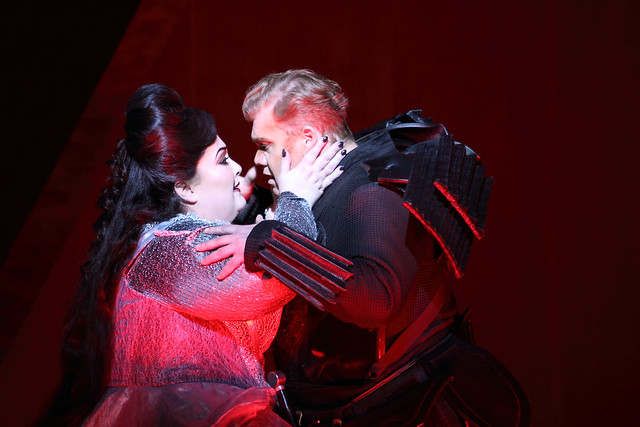 Nonetheless, I felt that Ms Melton – who recently made her début with the Vienna Philharmonic singing Brünnhilde’s ‘Immolation Scene’ from Götterdämmerung – put in a strong and confident performance as the Irish princess Isolde, quietly stamping her authority on this most demanding of Wagnerian roles and a role that shadows the composer’s other great heroine, Brünnhilde.

The American-born bass-baritone, Craig Colclough, also gave a good account of himself as Kurwenal (making his début in the role) while the Scottish-born soprano Karen Cargill (Brangäne) – who made her ENO début in 2008 as Suzuki in Puccini’s Madam Butterfly, was superb in every way. She brought (and gave) so much to this vital role while Melot was notably sung (and acted) by the Welsh-born tenor, Stephen Rooke.

Up-and-coming British tenor and new ENO Harewood Artist, David Webb, sang the role of A Young Sailor alongside Peter Van Hulle as A Shepherd and Paul Sheehan as Helmsman. Overall, the opera was well cast.

And Edward Gardner – back ‘home’ in the Coli’s pit and greeted by thunderous applause from a packed house – energised some rich and imaginative playing from his charges that was simply thrilling to listen to in the vastness and comfort of the London Coliseum, the home of English National Opera that Stephen Arlen fought so hard to get in the 1960s. Let’s keep it that way for generations to come: opera in the vernacular in the beating heart of the West End on tap for anyone who wants to walk through its doors.

One last thought: if Fraulein Wagner has ushered in a New Order at Bayreuth, I think that Mr Kramer will follow suit at English National Opera. But only time will tell. 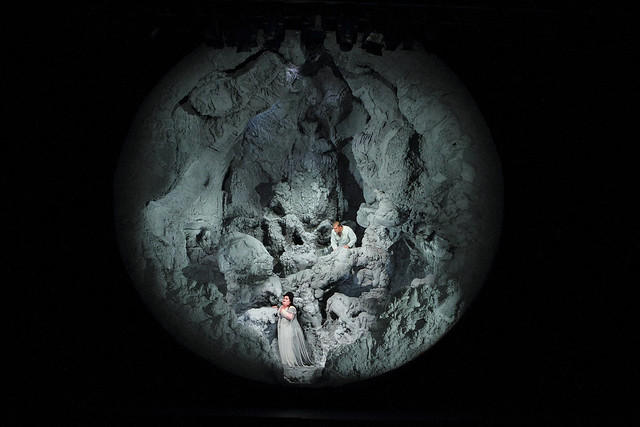