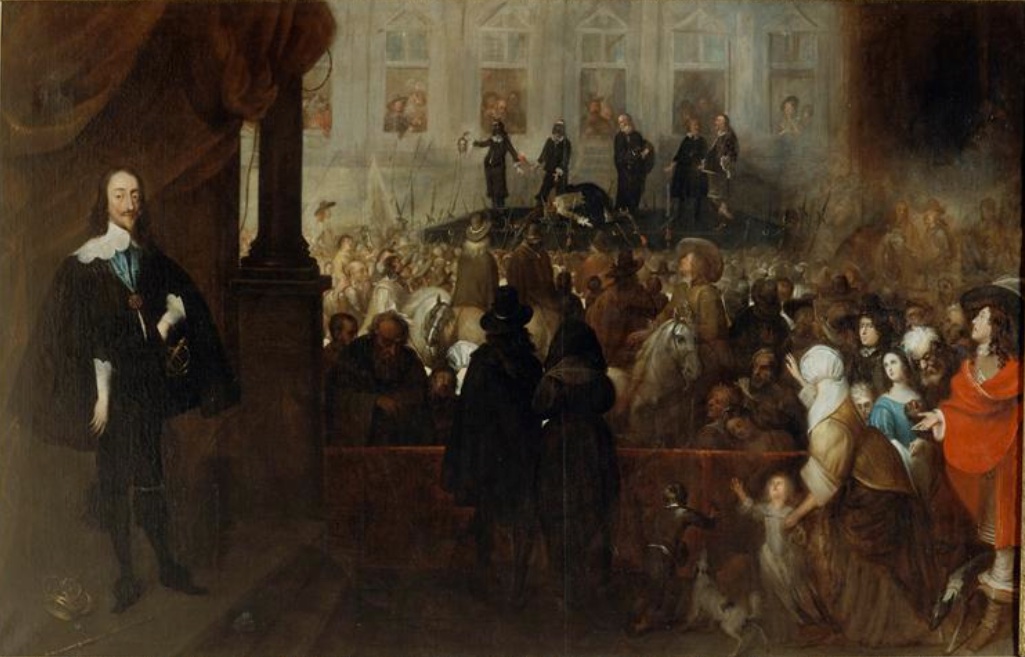 The Execution of Charles I, Gonzales Coques

The King’s Revenge: Charles II and the Greatest Manhunt in British History

Everybody knows the story of the English Civil War and how it culminated in the Roundhead forces beheading Charles I and 11 years of Puritan rule, much of it with Oliver Cromwell as a military dictator, before Charles II was ′restored′ to the throne. What is far less well known is the lives of the 59 regicides who signed Charles I′s death warrant and others involved in his trial and execution, the power struggles that took place between Cromwell′s death in 1658 and the collapse of the republican regime two years later, and the brutal lengths that Charles II and Parliament went to in order to scapegoat people from the republican regime, track them down and kill them.

Don Jordan and Michael Walsh have correctly identified this period as woefully under-explored in popular history writing and – soaked as it is in intrigue, espionage and blood – as having all the makings of a fascinating historical thriller. In The King’s Revenge they certainly manage to do a period in which the public screamed for ′justice′ precisely this. This book brings to life the extraordinary characters in the bloody drama that was mid-seventeenth century England.

Jordan and Walsh have a particular style which may not be to the taste of all academic historians but which certainly helps to engage the interested layman. To give the book a thriller quality, they begin by focusing on a single king-killer, Edmund Ludlow, who is hiding out in Switzerland during the Restoration purge and fearing assassination. He is a frequent character in the rest of the book, we get to know him particularly well, and we must wait to the end to discover if he survives. This isn′t a particularly new technique but it helps to keep the reader hooked.

What is new is the wealth of historical detail presented about the Commonwealth and Protectorate periods and the Restoration purge of the regicides. Charles I did everything he could to ensure he would be remembered as a ′martyr king′, and not long after his execution a book called The King’s Image, possibly penned by Charles I himself, was published persuasively arguing this. An insurgent campaign to destabilize the new regime also began swiftly. Isaac Dorislaus, a Dutch lawyer who was one of the king′s judges, was sent to the Hague as ambassador in 1649 and promptly assassinated by royalist exiles. In 1650, Anthony Ascham was posted to Madrid and assassinated by royalist exiles there.

Drawing upon and quoting from a myriad of contemporary sources (such as Pepys) Jordan and Walsh guide us through the constant royalist attempts to destabilize the republican regime, the collapse of the Commonwealth (under precisely this pressure), the introduction of military rule, and, most interesting of all, and the power struggles in the wake of the resignation of Cromwell′s hapless son Richard. The leaders of Parliament and the leaders of the army struggled for power in this period before George Monck led the army from Scotland, invaded England, invited Charles II back and then began to purge all of his old republican friends. He did, however, protect Sir Arthur Haselrig, who, in the wake of Richard Cromwell′s resignation was, in effect, the de jure ruler of England. The authors do a great service to history by unearthing people like Haselerig from obscurity as well as many other colorful characters, such as John Cook, the prosecuting lawyer against Charles II, and William Prynne, the radical writer, mutilated for his writings against the crown, who ended one of Charles II′s most fervent supporters. Upon the collapse of the Parliamentary regime, the authors take us through the incredible bloodlust and hypocrisy as notable supporters of the republican regime try to flee the country, parliament becomes desperate to find scapegoats for the killing of the king and continuously lengthens the death list, and many formerly ardent republicans – including those who sit as judges over the regicides – bend over backwards to prove what loyal supporters of Charles II they are. It is a deeply uncomfortable read. We witness a period in which a fanatical government rides roughshod over the law and natural justice, using the execution of Charles I as a means not of punishing those most responsible or most critical of monarchy (John Milton, the arch-critic, gets off!) but simply as an excuse to purge all opposition. A few braver souls, such as John Cook, do not run away and, of course, pay a very heavy price. Even those who do escape are not safe. Search parties are sent to the United States and all around Europe, and in many cases those on the death list are assassinated years after they fled England.

But our feelings of revulsion at Charles II′s ′unfair′ revenge are perhaps, in part, because this book is not entirely fair. It paints Charles II′s regime as an unjust and thoroughly unpleasant one but rather glosses over the kind of regime it replaced, and the fact that most of those in charge of it were extremist Christian fundamentalists (even by the standards of the day) who, like the Restoration government, abused the law of the land, purged inconvenient enemies, and were in many ways extremely similar to the regime that replaced them. The authors give us an epilogue in which they describe 1649 as

…the real Glorious Revolution …the rule of law was confirmed, wider social freedoms than ever before granted, censorship lifted and relative freedom of worship assured…the regicides were men of principle who stood for many of the liberties which today we take for granted.

This glowing summary rather forgets the fact that Cromwell′s government persecuted Catholics with unheard of severity, tried and killed a king by retrogressively changing the law, purged Parliament of possible opponents, banned numerous practices that had been part of the social fabric of England for centuries (such as saints′ feasts), shut down theatres (hence the need to rebuild the Globe), had boys whipped for playing for football, regulated dress excruciatingly and banned makeup (instituting a religious police to roam the streets and scrub makeup off ladies, like something from Saudi Arabia), banned Christmas celebrations (including feasting), and eventually introduced military rule. The authors do not look at this in detail, which they should because it is significant to the support for the Restoration. In addition, the evidence presented by the authors gives the lie to the assertion that the ″regicides were men of principle″. Some were – others squirmed to save their lives.

But though the book does show evidence of bias at points, it is undoubtedly an extremely well-written and engaging history of a period about which little is generally known. The King’s Revenge is superbly detailed, meticulously sourced and well worth reading.

Dr. EDWARD DUTTON′s latest book, Religion and Intelligence, is soon to be published by the Ulster Institute for Social Research