Midori Komachi, violinist, is a highly-ambitious and hugely-gifted soloist of the younger generation – as you will discover if you listen to her remarkable debut CD, which contains an account of Debussy’s Sonata for Violin and Piano in G minor – a front-ranking performance of this monument in chamber music: the composer’s last work, and a piece which comes from the France of 1917. The late chamber works of Debussy evoke not so much a dreamy French impressionism (although a dreamscape of sorts is created by this strange, personal, detached music), but – to my mind – the sense or cult of an older France, “of the soil and the dead”. The Violin Sonata, and the Cello Sonata of 1915, flicker with glints of 20th century defiance; of an unending Gallic rural landscape, partly defiled by modern warfare, yet – in Debussy’s hands – inviolate, and expressive of the composer’s profound belief in French culture, imagination and sound-world, liberated from all Teutonic influence.

The composer thought of his Violin Sonata as not a bad work by a man at the end of his days – a work with something still to say. But had you not been told that this was Debussy at the end, there is little to suggest the great stage-curtain descending. Instead, the sonata is taut, compact (just under 15 minutes in length) – animated, and articulating many definite, melodious ideas, then ghostly and fleeting at times – then assuming more broken, more “20th century” gestures (such as the arresting opening of the second movement, Intermède). Midori Komachi’s response to this work is remarkable, not least because of the astonishingly bold tone of her playing, which soars with virtuoso brilliance – yet re-adjusts its focus entirely at those important moments when gentle, hushed, shadow-music suffuses the score. Partnered by another exceptional young player, pianist Simon Callaghan, I doubt if the chamber works of Debussy have found two finer exponents. I say this, simply because I have played the sonata over and over again – relishing the musical fantasy, the vapour-like delicacy of the playing and writing – with phrases and figures that sometimes seem to flicker like candlelight, fade, and then revive. The recording (made earlier this year at Potton Hall, Suffolk) is so clear, clean, refreshing, and extremely detailed.

Midori Komachi also performs the enchanting Ravel Sonata (again, a work in the key of G minor) and Frederick Delius’s Sonata No. 3 for Violin and Piano – Delius, Yorkshire-born of German parents, who haunted the bohemian districts of Paris and ended his days at Grez-sur-Loing, was very much part of the fin de siècle/early 20th century movement in arts and music. And it is actually the Delius sonata which has most preoccupied the soloist, as I discovered when I had the good fortune, way back in May, to meet her and discuss music and recordings.

Midori explained that Delius (in 1898) was the first owner of the Gauguin painting, Nevermore, and it was his association with the great and radical artists of the time which influenced the composer’s use of “deep, mysterious colours” – which lead “the viewers to drift away in their own imagination”. It was certainly unusual to find a Japanese musician who has become so devoted to Delius’s works – as despite Delius’s disdain for the idea of being an “English composer” and his love of the high hills of Norway and the orange groves of the American South, he is often only known for just one or two orchestral pieces which have (incorrectly) been viewed as romantically English in content.

For Midori, Delius is as international as Debussy or Ravel, and ought to be seen as such. She continued:

I am very keen to introduce more works by English composers to the Japanese audience, as the music has an appeal which is every bit as atmospheric and deep as the better-known, ‘European’ repertoire.

Over a very pleasant glass of wine, the Quarterly Review and this persuasive, communicative, hugely enthusiastic artist discussed the excitement of musical discovery (finding the symphonies of Kurt Atterburg, for example – enthusing over the E.J. Moeran Violin Concerto), and various hopes, projects and plans for a future recital and concert career. Let it be said in this column, that her new CD (entitled Colours of the Heart) will make Midori Komachi a significant name in classical music.

Meanwhile, in Manchester (or Salford, as I should say), the BBC Philharmonic has again been busy in the recording studio of MediaCity UK, its purpose-built concert hall and studio. This time, the orchestra responds with glowing colours and unabashed celebration to the lively, shimmering scores of Spanish national composer, Joaquin Turina (1882-1949). Turina studied in Paris, and despite emulating the rather formal styles of composers such as Cesar Franck, impressed the great and established Isaac Albeniz – Albeniz being the most famous Spanish composer of the early 20th century. But the senior musician told Turina to find inspiration from the culture, religion, folk-festivals, regional dialects and dances of his native country, and, on the eve of World War One, this is precisely the advice he followed – returning to Spain and perpetuating the “national school” which Albeniz had begun.

On this new disc from Chandos Records, the sense of bustle and happiness on a traditional Spanish feast day – Seville, in fact – is vividly conveyed by the large-scale orchestra, augmented by superb chiming bells and percussion. La procession del Rocio (Procession of the Dew, Op. 9) is the name of the work and it sets this pageant of atavistic music in motion, putting the listener in a carnival mood straightaway. Ritual dances, in spirits and speeds of all kind, form the Danzas gitanas, Op. 55 (offering touches, hints and imprints of Falla, or Debussy, perhaps, in some parts); and a romantic, reflective mini-piano concerto, the Rapsodia sinfonica leads up to the main piece in the programme, the Canto a Sevilla, Op. 37 – evoking the Spain of Holy Week, the bell-towers, the fountains and flamenco of the city.

Faultless playing throughout from the former BBC Northern Symphony Orchestra – now the international BBC Philharmonic – and conductor, Juanjo Mena, who handle these Respighi-like frescoes with marvellous panache. Martin Roscoe plays with great delicacy in the piano rhapsody, and soprano, Maria Espada, does fine things with Turina’s song of Seville, beautifully articulating lines such as: “Penitents and hooded Nazarenes./Scent of rose and camomile and a brightness in the skies./Explosion of spring,/carnations red and beautiful./On tableaux held aloft/Christs and Virgins shine.”

Chandos maintains the pace, this time on a CD devoted to two of the greatest works of 20th century, inter-war British music: Sir William Walton’s Symphony No. 1 (1932-35), with its crackle of pent-up, static energy; and the radiant Violin Concerto of 1939, interspersed (the second movement) with a sort of nocturnal Neopolitan tango. The First Symphony is undoubtedly one of the greatest orchestral achievements by a British composer: it is a work of absolute integrity – lucid and powerful, maintaining a clear, uncluttered, completely convincing progression. There is no scurrying off into irrelevant ideas, no noise for the sake of noise, and Walton was never interested in folk-music. It is an international symphony (Sibelian) in many ways: no obviously “English” characteristics, save perhaps for the touching,  bittersweet third movement, which for some time marked the work’s ending – until Walton (who swapped lady-friends at the time, Baroness Doernberg, for Lady Alice Wimborne) set to work on a triumphant finale. The BBC Symphony Orchestra under the baton of Edward Gardner (born 1974) deliver a first-class performance, but I have to say that I came to this recording having “grown up” with three definitive earlier performances: the Previn 1970s London Symphony Orchestra recording on RCA; the slower-paced, but stunning Philharmonia recording on EMI made in the early ‘80s with Bernard Haitink; and the tense, undercurrent-filled (Chandos again) reading by the London Philharmonic and Bryden Thomson.

In Edward Gardner’s version, especially in the second movement (where there is a great release of tension, but a malignant feeling still tugging throughout) I missed the prominent timpani thwacks and rumble which is clearly and excitingly heard on the Philharmonia and LPO versions, and felt – on the first play of the disc – a bit disappointed. The second and third time around, I became accustomed to the lower-key percussion, and began to feel that Gardner’s approach made a nice, subtle change.

Even better than his work on the symphony, Gardner’s approach to the Violin Concerto is absolutely faultless, with a real sense of everything fitting perfectly into place, and the orchestra playing at its best – especially with Tasmin Little as soloist, who soars and shines in the concerto’s two, key, heartfelt, and heart-stopping, romantic moments: the horn phrase, about two-and-a-half minutes into the second movement, which announces a dreamy section for the soloist; and that glorious, almost unbearably poignant wandering into a Mediterranean half-light of nostalgia and memory that comes just before the finale – itself, a dazzling, bewildering discharge of energy, surmounted by monumental brass-playing, sparkling with quicksilver, or virtuoso fire from the soloist.

Finding something to write about after the Walton Violin Concerto is extremely difficult, but I did manage to “cool off” – with a visit to the Romney Marsh Festival (or JAM Festival, so called after its founder, John Armitage [John Armitage Memorial]), enjoying a Sunday afternoon of English song from the period of the First World War. St. Dunstan’s Church, Snargate is one of those secret places of England; a mediaeval church in the middle of the reclaimed marshland, but – as I discovered – once a hive of activity for shipbuilders. In ancient times, the Marsh was a landscape of canals and channels, with the River Rother, which now flows into the sea at Rye, meandering out at the former port of New Romney. On a lazy, high-summer afternoon of pure sunshine, with magnificent views from St. Dunstan’s of billowing white clouds and fields ripe with corn, a 40-strong audience heard fine performances of Finzi’s Let us Garlands Bring, Silent Noon by Vaughan Williams, and songs by the Gloucestershire composer, Ivor Gurney, who served in and survived the war – but at the price of his sanity. Andrew Radley, counter-tenor, sang with great passion and belief in the music (his programme also included works by Howells and Bridge) and was sensitively accompanied by pianist, Alice Turner. A memorable occasion, and a wonderful landscape for English music. 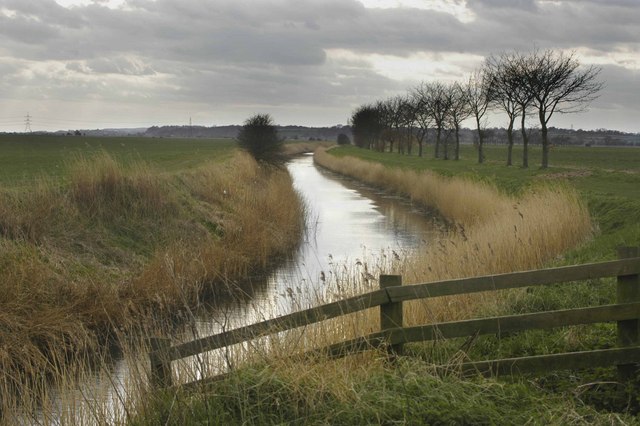 Next time in Endnotes: reports from the Proms, Coronation Music for Wind Orchestra, classic Sibelius from Iceland