Women at the Altar

Greek scholarship in England in the last 70 years has been represented by persons with formidable skill. These papers characterize one of them, a man of exceptional talents. However, these investigations inspire mixed emotions, not because of overt flaws in the research but because readers still may come away with a feeling that they were not brought into close contact with Dodds’ writings in the several articles where the author’s main task was to acquaint the readers with them.

E.R. Dodds (1893-1979) issued critical editions whose value is long-lasting. His intellectual achievements were considerable. He gained the respect of his peers the old-fashioned way, by producing work that was noteworthy. The volume supplies surprises in abundance. The fourteen chapters of this book – with a bibliography of his publications – provide insightful glimpses into his life and its contexts.

Readers have a book in hand whose Introduction (pp.1-9) is not a mere survey of what will be encountered in the volume. Two of the three editors. C. Pelling and C. Stray, trace Dodd’s role as a historian of ideas in his Greek studies, and they clarify how Dodd’s autobiographical book, Missing Persons, ultimately came to be so named. The comparisons and contrasts between Murray, Dodds and K. Dover are apt (pp.6-7). Each of them, in their own way and through their autobiographical texts, expressed themselves on sexual matters in a manner that was unprecedented for Greek scholars .

Stray’s opening chapter examines aspects of Dodds’ life and career as an Irishman moving in academic circles of Great Britain. He touches on Dodds’ upbringing, his socialist ideals, and his appointment to the Regis Chair of Greek at Oxford among other things. I had no inkling that Dodds was a supporter of Sinn Fein. The detective work Stray performs is enlightening. Fresh air blows in on what could have become an otherwise unexciting subject of study. R. Gagne’s chapter on the context of Greek religion studies, 1920-1950, is suffused with material. Several of the earlier pages (pp.36-38) needed closer editing, as the sentence structures are convoluted in places, plagued by too many adjectives in selected sentences. But Gagne knows his stuff, and his acquaintance with scholarship on the history of religions will make his chapter a mandatory starting point for some students of the period.

It is unusual to read extensively of any scholar’s private religious beliefs. In his autobiography, Missing Persons, Dodds repudiated the tenets of orthodox Christian but was fascinated by telepathy, efforts to communicate with deceased persons, hypnotic experiments, dream psychology etc. In this book we are introduced to the “paranormal” which is the professionalized term for the occult. N.J. Lowe goes into detail about Dodd’s psychic researches. Occultism, with seances, spirit guides and crystal balls, is not what one typically associates with classical scholars and their scholarship. Dodds involvement in psychic observations extended over 6 decades. Without saying it explicitly, Lowe proves that Dodds’ great ancient-studies book, The Greeks and the Irrational, was simply the public notice of private interactions he was having with modern psychic phenomena.

R.T. Parker’s submission on The Greeks and the Irrational left me craving more information. Only a few pages tackle issues in Dodds’ book of that title; and very little of the paper wrestles with matter pertaining to the ancient Greeks. There are plenty of adjuvant citations and quotes of what others said of Dodds’ arguments, but too little examination of specifics in the Sather lectures themselves.

In ‘Dodd’s on Plato: The Gorgias edition’, R.B. Rutherford treats us to glimpses into Dodds’ prized commentary. He tells readers of Dodds’ lectures on Plato’s writings, even including comments about Dodds’ avoidance of the use of arts of rhetoric in forming his assumptions, claiming Dodds’ shared an antagonism towards them (p.164). Numerous writers’ comments about Dodd’s edition are cited. One writer, Robert Todd, suggests – as cited by Rutherford – that Dodd’s Gorgias is “a conventional treatment of this dialogue, aimed at audiences interested in close study of the text. Dodds himself regretted this outcome.” The first two sentences are true. I find that Todd’s third assertion (p.161) about Dodds’ ‘regret’ is questionable. Anne Sheppard’s paper on Dodds’ Influence on the Neo-Platonic Tradition is a judicious survey of his influence within Neo-Platonic studies over the last century.

Teresa Morgan’s chapter, Pagans and Christians, on Dodds interaction with Patristic Fathers, was informative overall. Apparently he did not like them; Dodds gave mixed signals about whether he was an atheist or agnostic (p.185,fn.12). Morgan’s knowledge of the field is substantial, although I do not think that Dodds’ book, Pagan and Christian in an Age of Anxiety, was as influential in historical studies (among classicists and patristic scholars) as she claims. She concludes, while outlining Dodds’ lack of appreciation for the Fathers, that “while (outside Germany, at least) the Church Fathers had been, since their rediscovery in the early nineteenth century, mainly the preserve of Catholics and Anglo-Catholics” (ibid.). That contention is not true. Puritans (in England) and Greek Orthodox Church members – long before the time averted to by her – as well as near Eastern Communions, wrote extensively on Patristic literature. Those texts have been available for hundreds of years for those able to control the original languages.

Using extracts from letters, J. Dillon provides the background information necessary for students to understand how various publishers sought out Dodds’ assistance when they wanted to publish a text/translation of Plotinus. Dodds did not want to replicate the critical work already being done by Fr. Paul Henry; and he considered Stephen Mackennon’s translation to be too deficient to overhaul it all according to the publishing standards at Loeb. A.H. Armstrong, Dodd’s protégé, ultimately brought out a 7 volume Loeb edition of Plotinus (1966-1988) for Harvard University Press.

Two chapters analyze his relations with various poets. Dodds had warmer relations with MacNiece than with Yeats, becoming the former’s literary executor upon his death. Yet more time should have been spent examining Dodd’s own poetry rather than merely his connections to Yeats and MacNiece. The endeavor to describe ‘the metaphysical poetry of Dodd’s scholarship’ seemed to me to be beneficial only to the writer who made the discoveries but is not particularly helpful to students, as Dodds did not consciously consider himself to be improving an academic genre of poetical metaphysics through his classical publications. The supposed links between ‘metaphysical poetry’ and his scholarly work are tenuous, and it is nowhere shown in the paper how his scholarship on ancient Greece or on necromancy is profoundly poetic. However, both writers, Tom Walker who wrote The Lonely Mind and Peter Mcdonald, author of The Deaths of Tragedy, provide original ideas and some solid engagements with Yeats and MacNiece’s verse. Some of their explanatory statements are spot on.

David Phillips states that Dodds read German language texts (p.247) and “was better informed than anyone else on the historical development of the German University and on the issues that would need to be resolved if it was to regain its previous standing” (p.263). The personal memories of friends in the final chapter shine light on a great scholar’s attitudes, each individual recalling with affection the grand influence that Dodds had upon each of them. Helen Ganly’s pencil portrait of Dodds (fig. 14.1,p.273) is beautiful.

More than one writer refers to Dodds’ attachment to Freudian psychology. Whether or not those accessories enhanced his interpretations or diminished them, I will leave for others to decide. One person did make an informed decision: S. Scullion described “Dodds’ application of psychology to the understanding of tragedy as among the most fruitful innovations of twentieth century classical scholarship” (p.133). Maybe, but I believe that to be an overstatement. The content of his published work on tragedy strikes me in a different way. And here I offer no endorsement of ancient character psycho-analysis because the controlled analytical skill exhibited by Dodds long ago disappeared. Newer post-modern tools have produced some far fetched arguments and conclusions about ancient literature and its writers’ character-formation.

Several papers lack a deep analytical approach to Dodds’ work. In more ways than one his occult enthusiasms delimited the range of his studies. And since spiritualism is a system of  belief, which affected the parallel agenda of his life, the contours of his psychic career place him well within the scope of the history of religion framework; even still, why could not a chapter or session have been devoted to his text-critical judgements, to measuring the worth of his translation of Proclus’ Greek text or even a testing of his linguistic data in the notes of his commentaries?

These appraisal-volumes now form a cottage industry. One reassessment of Dodds’ mentor Gilbert Murray appeared years ago. Others on A.H.M. Jones, Arnaldo Momigliano etc., have come into the marketplace bolstering and informing the history of scholarship. All in all, they are useful, and lead us to further [re]considerations of a man or woman’s researches. If it is possible to learn anything from the trajectory of Dodd’s life it is that he chose to remain with subjects that brought him immense joy. A curious nature reassured him of the rightness of his course of life.

Oswyn Murray believed Dodds to have been “indeed the greatest living scholar of ancient Greece” (p.274). Dodds’ eminence in his sphere of studies certainly cannot be denied. And originators of the conference on Dodds must be commended, along with the presenters of papers. This book should be on the shelf of everyone who is interested in the various facets of Dodds’ career. His bibliography, stretching from 1916 unto 1977, shows him to have been a very concentrated and busy man. All his reviews were perceptive, despite their narrow foci. Humane scholar that he was, E.R. Dodds will be introduced to a new generation of specialist readers in these pages, and he is well worth remembering.

A final quibble – in this book the constant use of the terms “Irrational” and “Paranormal” might lead an impressionable reader to believe that devotees of mysticism in all its varied forms are neither reasonable nor normal. I cannot believe that the Oxford University Press meant to imply such a thing. 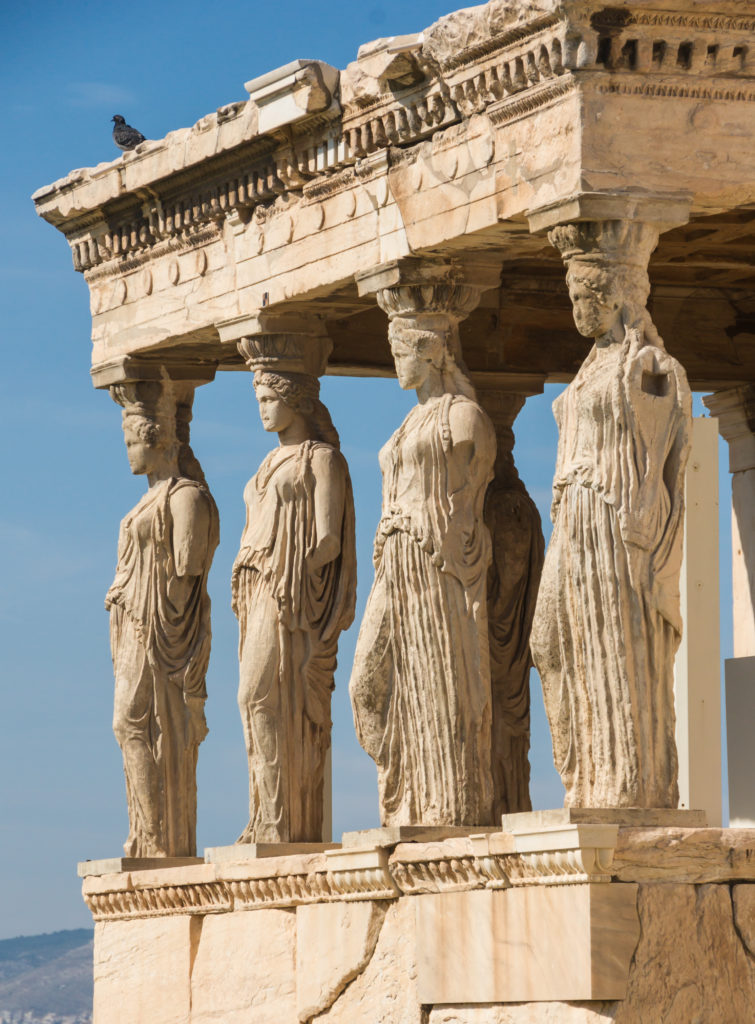