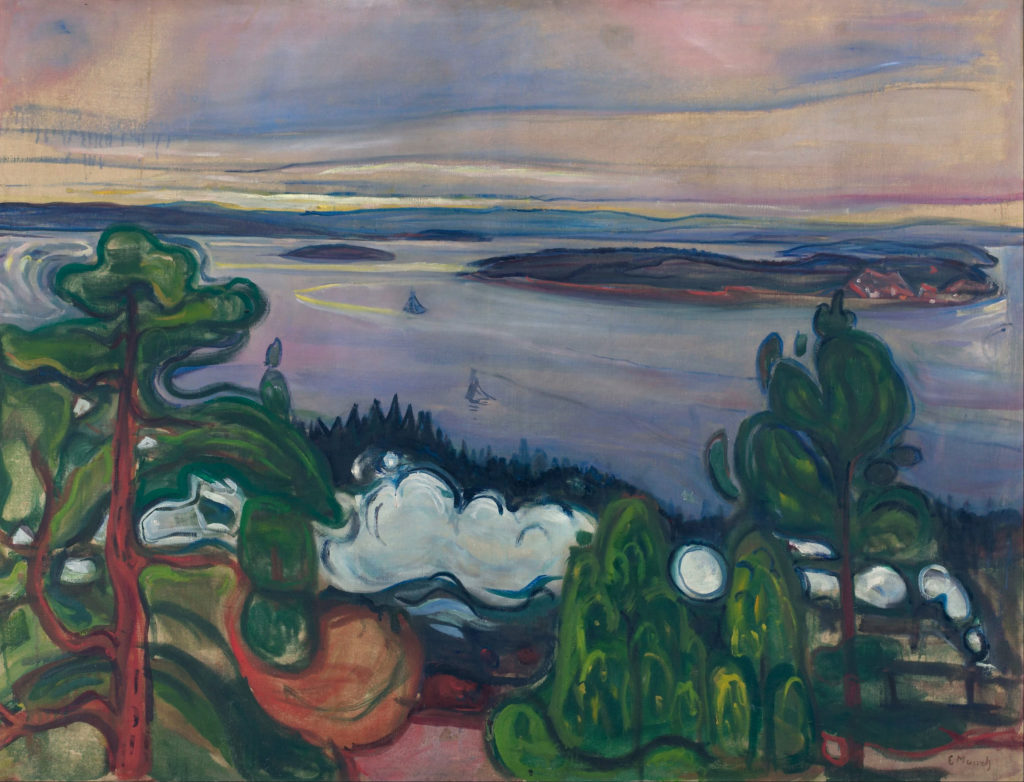 Recorded in the impressive acoustic of Domkirken, Bergen, a new CD from Chandos Records highlights the achievements of Norwegian composers, from the celebrated Edvard Grieg (1843-1907) to the obscure mid-19th-century Ole Bull, his work being The Herdgirl’s Sunday and back to an almost exact contemporary of Grieg’s, Agathe Backer Grondahl (1847-1907) – a composer with some 400 works to her name. Performed by a small, specialist choral group the Edvard Grieg Kor, a Scandinavian equivalent of the BBC Singers, the programme allows enthusiasts for vocal and Nordic music to revel in the folk-influenced Four Psalms by Grieg – dated just a year before his death – and his eight-part mixed choral arrangement of Ave Maris Stella, from 1893. Both works exhibit a purity of sound and expression which always emanates from his music.

But perhaps the most ear-catching part of the programme is an arrangement of the Holberg Suite for strings – yet arranged for voices. All the lively inflexion and mellow, Northern lights of the suite are there, with the voices called upon to match all the quick-witted, dance-like phrases of the original writing. The expressive sarabande movement is an almost perfect adaptation of instruments to voices, and probably exceeds the original music in melancholia and beauty. A single traditional folk tune, specially arranged for the choir, entitled I went to bed one night, provides a further three minutes of pleasure.

If Chandos have discovered the essence of one European country, the 2019 English Music Festival, held last month at Dorchester Abbey, Oxfordshire, offered an exploration of the landscape of our own island – with first performances of works by the inter-war eccentric Lord Berners, his grinding, Stravinsky-like evocation of Portsmouth Point – the visual stimulus being the famous Rowlandson print which also inspired fellow composer, William Walton; and the graceful, Finzi-like Symphony No. 2 by Robin Milford (1903-1959). Performed by an ensemble with great commitment to this “lost” repertoire of English music, the BBC Concert Orchestra conducted by Martin Yates, both contrasting works made a deep impression on the large audience at the Abbey. Milford’s name has been lost over time – and the symphony itself represents a gradual retrieval of material which for decades had been kept entirely within the composer’s surviving family. Occasional clouds move across Milford’s orchestral landscape, but the piece shows a heart-on-the-sleeve longing and romanticism. As the work begins, this reviewer was reminded of Peter Warlock’s suite, Capriol– and all the buoyancy and old-world elegance and tuneful appeal of that collection. If Warlock had turned to symphonic writing, he may well have written something along the same lines as Milford.

Although much better known than Milford, the venerable late-Victorian Dubliner Sir Charles Villiers Stanford (1852-1924) has also almost been forgotten by programme planners, despite his salty Songs of the Sea getting the occasional Radio 3 airing. We tend to think of the first great English symphony as being by Elgar, but it is worth remembering that Stanford’s works were played throughout Britain and Europe, with the Amsterdam Concertgebouw a major platform for the composer. At this year’s English Music Festival, a leading Russian violinist, Sergey Levitin, a leader of the Kirov Orchestra, took centre-stage in the composer’s Violin Concerto in D of 1875 – and it was extraordinary to learn that the EMF’s inclusion of it constituted the work’s world premiere.

Levitin brought an emphatic, bold-toned passion to the piece, generating as much style and romantic colouring as any rendition of Tchaikovsky or Mendelssohn – the latter composer probably influencing Stanford, if the wistful woodwind writing and elegant string-section accompaniment is anything to go by. An ‘Irish’ theme opens the concerto, not an exact Irish folk-tune, perhaps, but the sort of regional and local colour which gave Mendelssohn’s ‘Scottish’ Symphony its atmosphere – and Levitin, with bold, emphatic playing clearly enjoyed the deeply-romantic cadenza later in the work, which in turn led to an exciting gathering of ideas and a vigorous, triumphant ending. Hopefully Levitin will champion the concerto in future concerts and recordings.

The next day at the Festival, violinist Rupert Marshall-Luck appeared in a morning recital with Cologne-born pianist, Michael Korstick, to perform the Variations on a Theme by Cyril Rootham, best known as a choral composer and contemporary of Elgar – and Elgar’s own Violin Sonata, Op. 82– presented in a new performing edition, the work of one G. Henle Verlag. By following a restrained, and in the last movement of the Elgar, slowish tempo, Marshall-Luck evoked the “wood magic” and “captured sunlight” – phrases which have been used to characterise Elgar’s late chamber works, written toward the end of the First World War in the cottage of Brinkwells, West Sussex. The performers also featured contemporary works, one by a British-Israeli composer, Nimrod Borenstein – three tonal, contemplative settings, including a Nocturnal Fantasia; and David Matthews’s Variations on Roger Scruton’s poem-setting Despedida– which the philosopher dedicated to his wife. David Matthews describes elements of his work as a “passionate, laconic tango” – with “muted slow and still” moments.

Saturday concluded with a deeply lyrical Stabat Mater by composer Paul Carr (born in 1961) – performed by the English Arts Orchestra and Chorale conducted by Leslie Olive – and as delicate an interpretation of Vaughan Williams’s musical benediction of 1944, his three-movement Oboe Concerto– as one could hope for. With every note superbly delivered and crafted by the brilliant oboe soloist, Nicholas Daniel, so ended a day of memorable music-making, under an Oxfordshire sky of alabaster clouds and late-spring sunshine.